The map shows the extent of the maritime “exclusive economic zones” (EEZ) of Northern European countries.

The EEZ boundaries stretch 200 nautical miles from the coast. Within the EEZ (also sometimes referred to as the “continental shelf”), the country has exclusive rights to the territory below the surface of the sea, e.g. exploring natural resources, including oil and gas and water and wind power. EEZs should not be confused with “Territorial waters”, zones stretching 12 nautical miles from the coast under the full sovereignty of each country. Despite the limitations in countries’ sovereignty of the EEZ, the EEZs are important for the rights of natural resources.

By combining the boundaries of the EEZ’s with the countries’ coastlines, as in this map, the traditional picture of the Northern European countries is altered. In particular, the territories of Norway and Denmark (in this context including Greenland and the Faroe Islands) are enlarged considerably when compared to a standard land boundary map.

Note that the maritime boundaries in this map may not always represent official delimitations. The map should be considered only as a generic overview of EEZ’s.

Maritime boundaries in Northern Europe in 2015 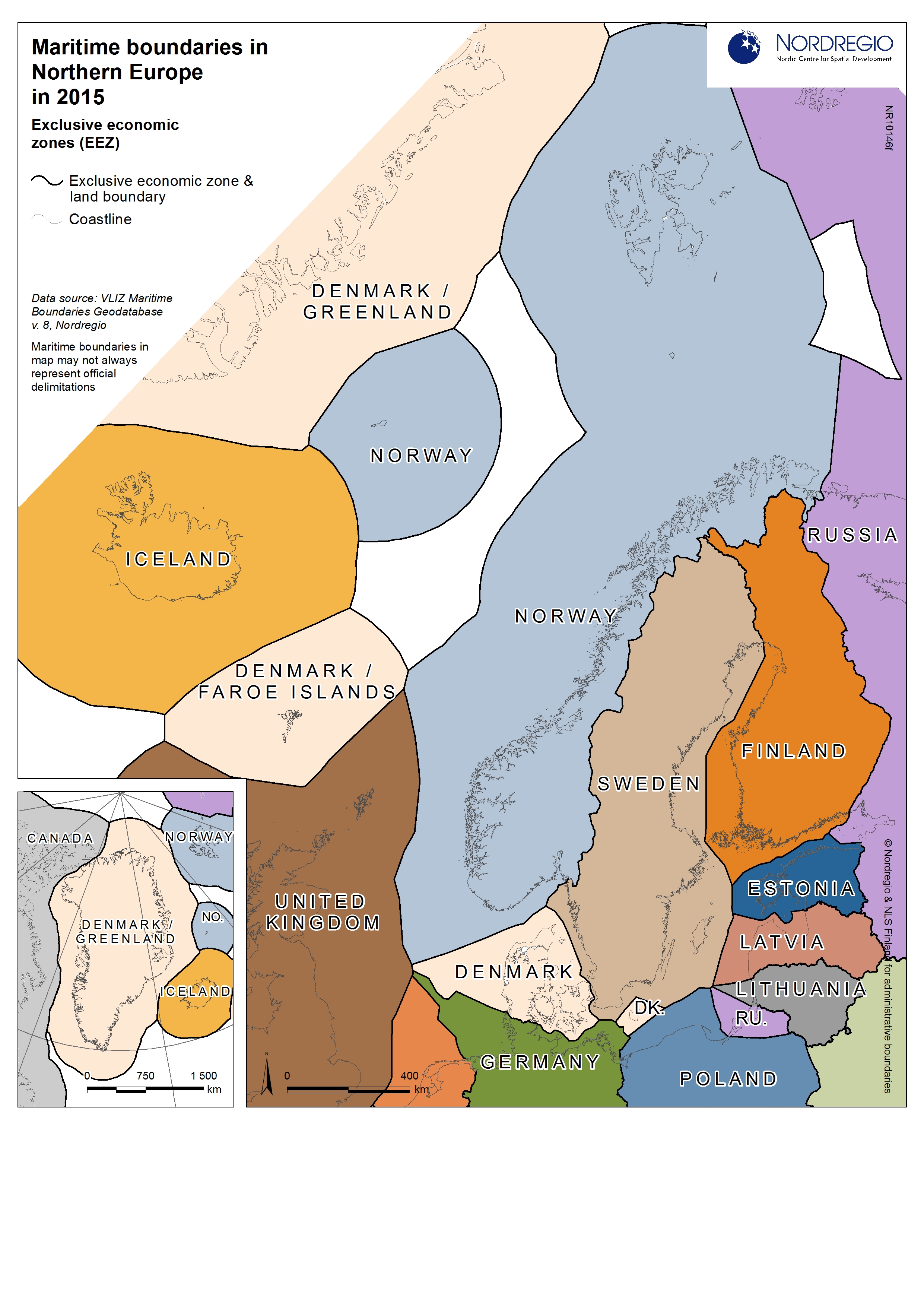