Since the foundation of the Nordic Council of Ministers (NCM) in 1952, the organisation’s members have formed a commonly accepted geographic delineation of what is considered the Nordic Region (‘Norden’). The NCM consists of Denmark, Finland, Iceland, Norway, Sweden and the Åland Islands, the Faroe Islands, and Greenland.

In the 1990s, after the dissolution of the Soviet Union and the independence of the three Baltic States of Estonia, Latvia, and Lithuania, cooperation increased between the NCM and the Baltic States, although the eight members of the NCM remained the same. However, the NCM began to establish offices in the neighbouring region.

This map displays the eight NCM members as well as the external offices of the NCM, which are either “Information Offices”, “Offices”, or “InfoPoints”, and are located in five different countries. The locations of the external offices, which are almost exclusively within the eastern part of the Baltic Sea Region, reflect the NCM’s focus on this part of its neighbouring region. Two of the offices are located in Russia, two in Estonia, one in Latvia, one in Lithuania, and one in Germany. The latter one, in Flensburg, is the only external office that is not located in the Eastern part of the Baltic Sea Region. Flensburg is the centre of the Danish national minority in Germany. 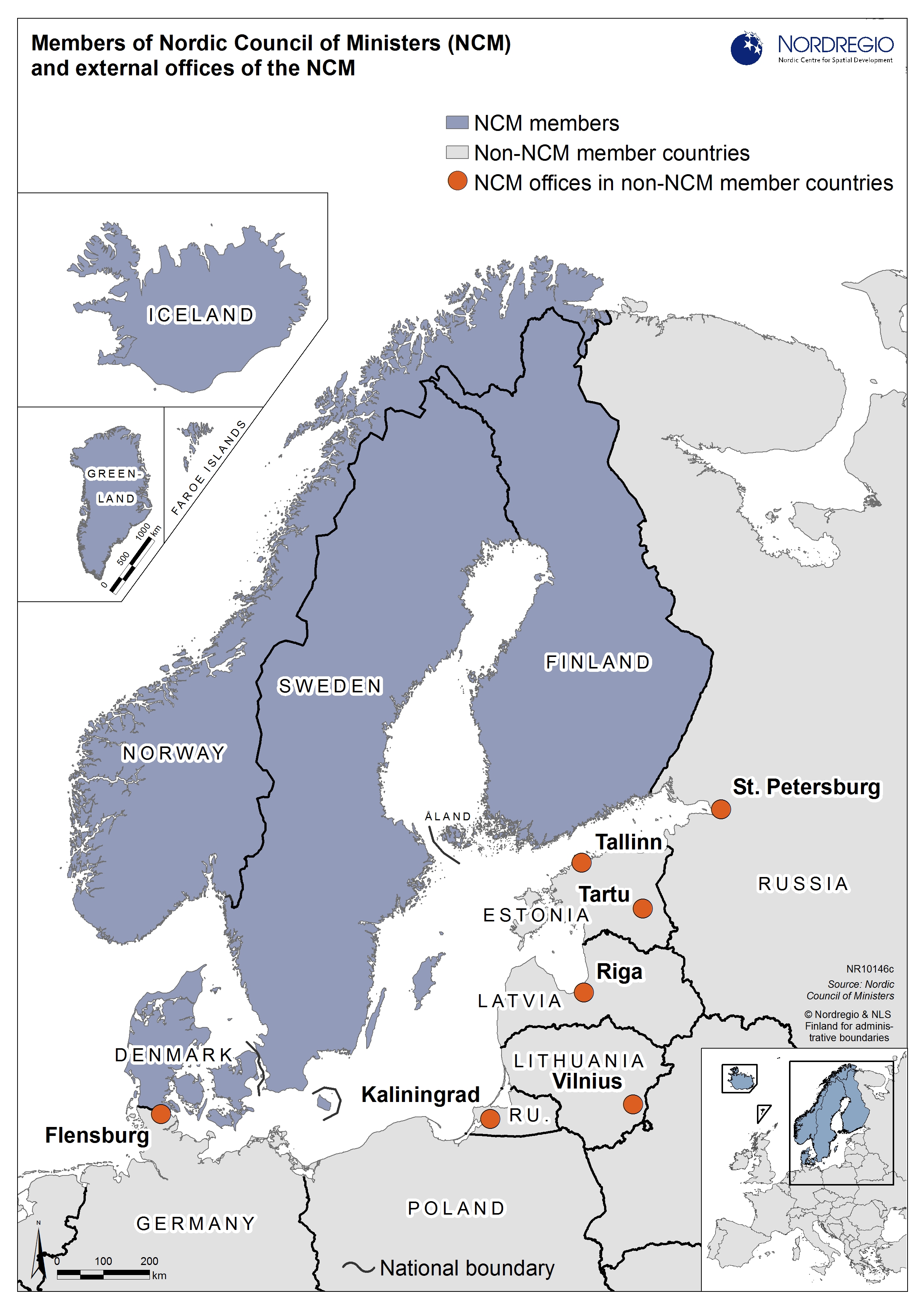