There are almost 600 significant metal ore deposits in the Nordic Arctic Region and at the beginning of 2015 29 of those where open mines. Size of the open mines varies. There are five very large, 12 large, 7 medium sized and 5 small mines. 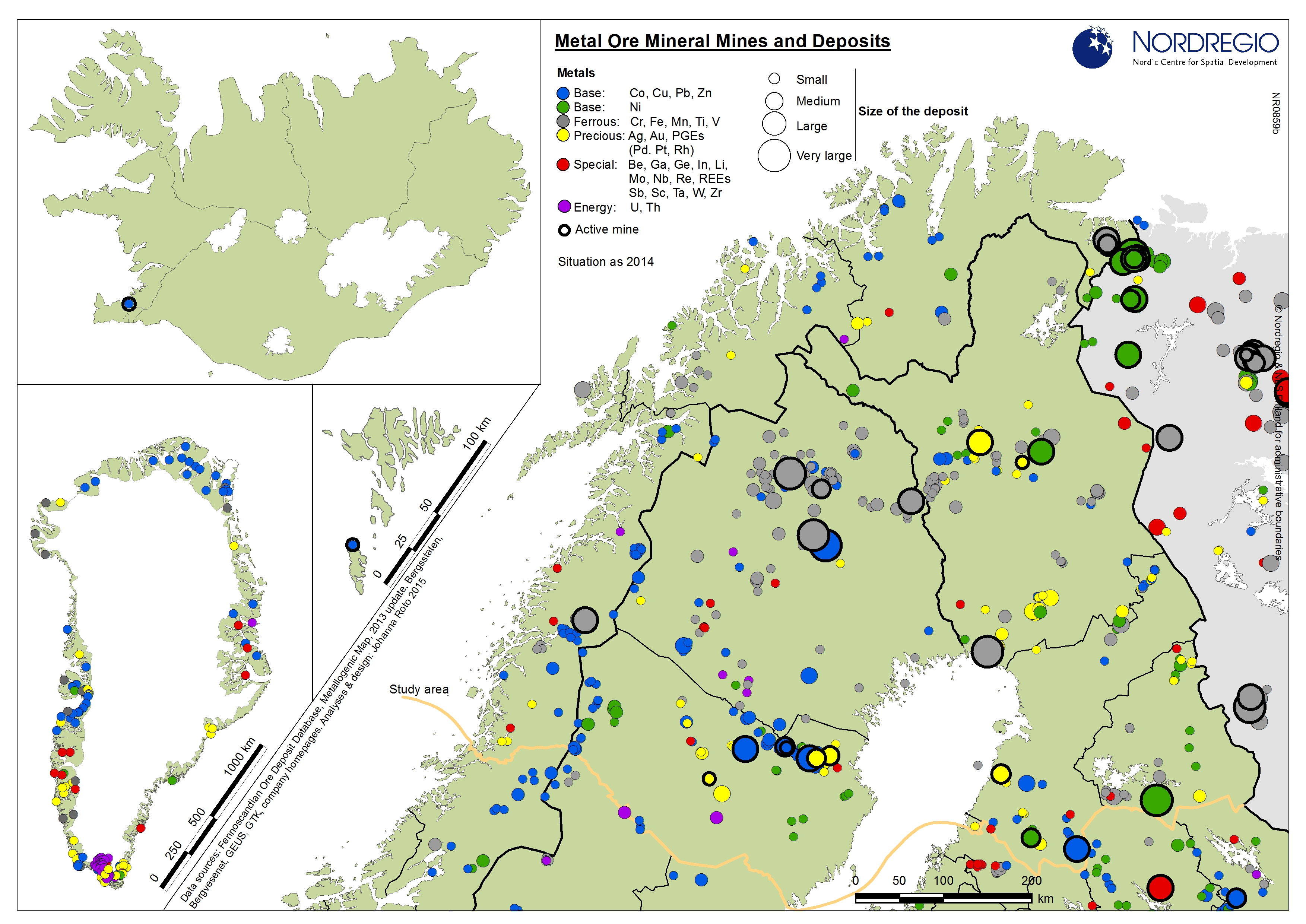