This map shows the average change (in percent) of net migration in Europe at the regional level for the period 2009-2014.

A stable population is crucial for the economic development of a region. However, in large parts of Europe, the population change is unbalanced, both internally, with big differences between rural and rural urban regions, and at a national level, with some countries showing alarming overall out-migration levels.

Blue tones on the map indicate an average annual percentage increase in net migration from 2009-2014, in other words, the share of people moving to the region is bigger than the share leaving. Red tones indicate the reverse, meaning there is a larger share of people leaving the region. The yellow tone shows a balanced situation, with only marginal changes (between 0.1% and -0.1%) in net migration. 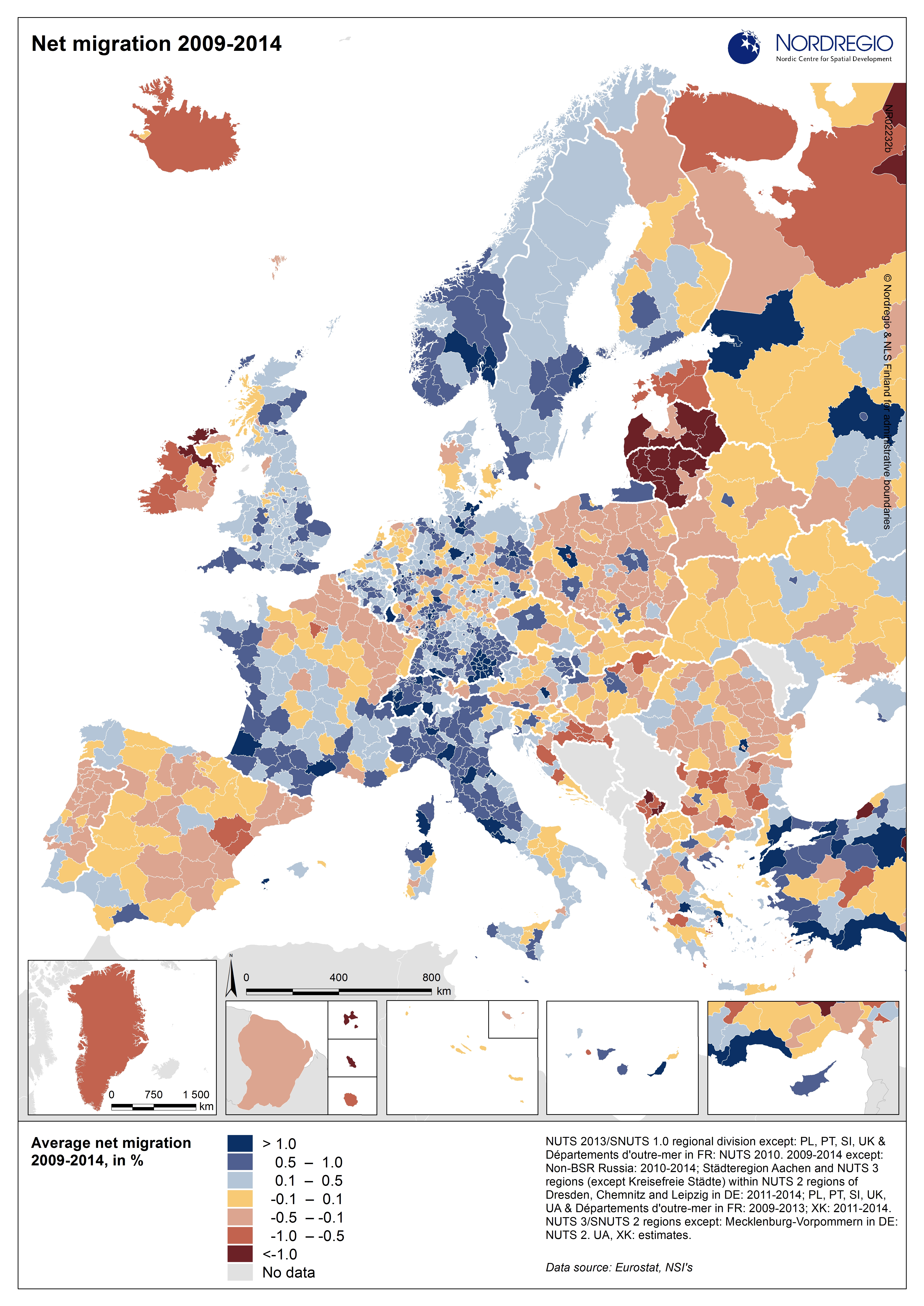 Since 2010, the long standing population drain of parts of eastern Germany has shifted to modestly positive growth. A number of peripheral regions in Norway, Sweden and Finland have seen a similar shift. Large parts of Italy, Switzerland, Germany, Belgium, the UK, as well as substantial parts of France and Western Turkey, have also witnessed a trend towards positive net migration in recent years.

In much of Central and Eastern Europe, such as Bulgaria, Romania, Croatia, Slovenia, Hungary, Austria, Slovakia, Czech Republic, Poland, Ukraine, Russia and Estonia, there is a tendency towards growing capital and larger urban areas, while the rural regions generally see substantial out-migration. Out-migration is increasing in all regions in Latvia and Lithuania and has now reached alarming proportions. Ireland experienced a similar situation over the years 2009-2014, with negative net migration in all but one region.