Net migration in the Arctic

The map shows the net migration as a share of the total population at sub-regional level in the Arctic between 2013 and 2017.

The Arctic had an annual average net migration rate of -0,4% during the period 2013-2017.  The differences between Arctic subregions are significant. The out-migration played a predominant role in in Alaska (USA), the Northwest Territories, Northern Quebec and Labrador (Canada), Greenland, and the Russian Arctic. On the contrary, in-migration became the major source of population increase in the Nordic Arctic subregions. The Yukon and Nunavut (Canada) witnessed positive net migration rates. Across the Arctic, in-migration prevailed in subregions with lager urban centres, while sparsely-populated areas in which consist the majority of the Arctic region were losing their population. 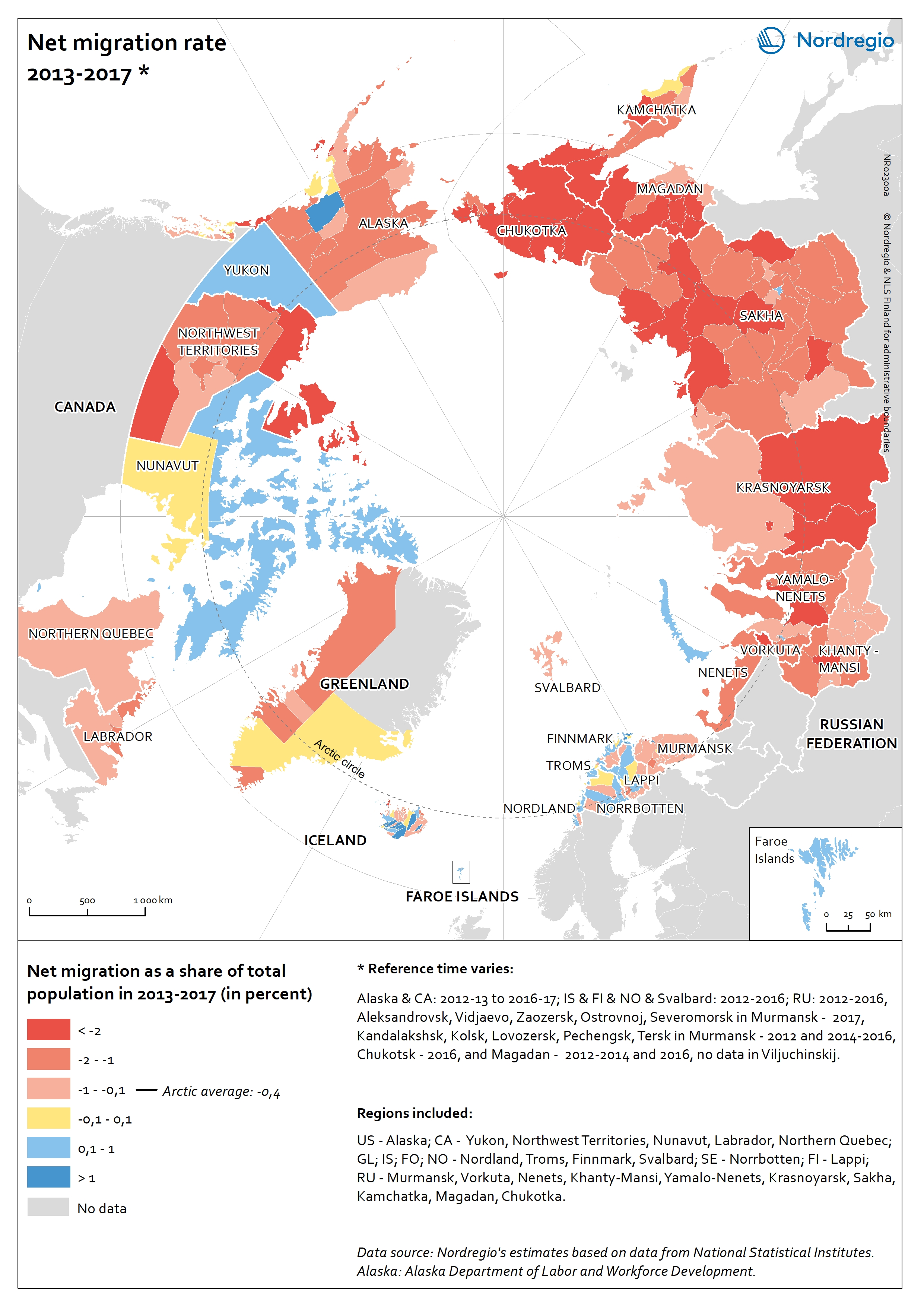