A map portrays a new urban-rural typology based on the grid-level data. 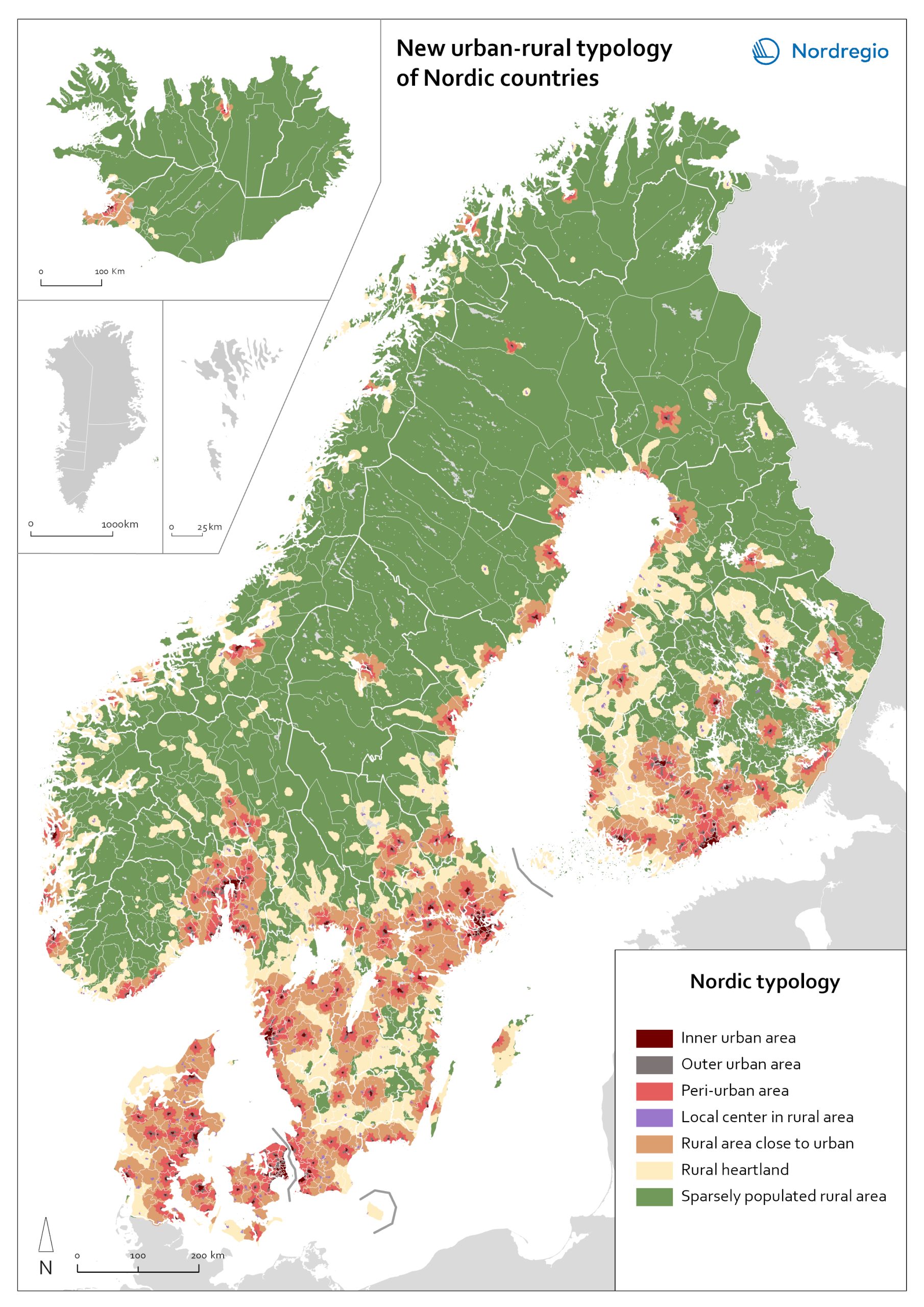 Inner urban area is the most densely populated part of the urban core. Urban cores are clustered cells summing up to at least 15 000 inhabitants, and these are divided into Inner and Outer urban areas based on density criterion (population density and building floor space).

Outer urban area is the least densely populated part of the urban core. Urban core areas are clustered cells with at least 15 000 inhabitants, and these are divided into Inner and Outer urban areas based on density criterions (population density and building floorspace).

Local centers in rural areas are population centers located outside urban areas, small towns and large parish villages where population is between 5000-14999 inhabitants.

Rural areas close to urban areas have a rural character that are functionally connected and close to urban areas. In average this means 20-30 of minutes’ drive time from the edge of outer urban area. This class overwrites the area classes ‘Rural heartland’ and ‘Sparsely populated rural areas’.

Rural heartland. Rural areas with intensive land use, with a relatively dense population and a diverse economic structure at the local level. Most of the agricultural land is in this class.