This map shows demographic vulnerability in the Nordic-Baltic regions based on the indicator age group 0-14 years. Under this indicator, regions are deemed to be vulnerable when the percentage of the population aged 0-14 years is less than 16.09%. The majority of regions in Baltic countries and Eastern Finland have a share of population in this age group below this threshold. This suggests that, unless the low birth-rate is compensated for by other factors such as in-migration, the population of the Nordic-Baltic countries will drop. Regions with relatively large shares of the population aged 0-14 are the capital regions, the south-western part of Norway, and the middle-western part of Finland. 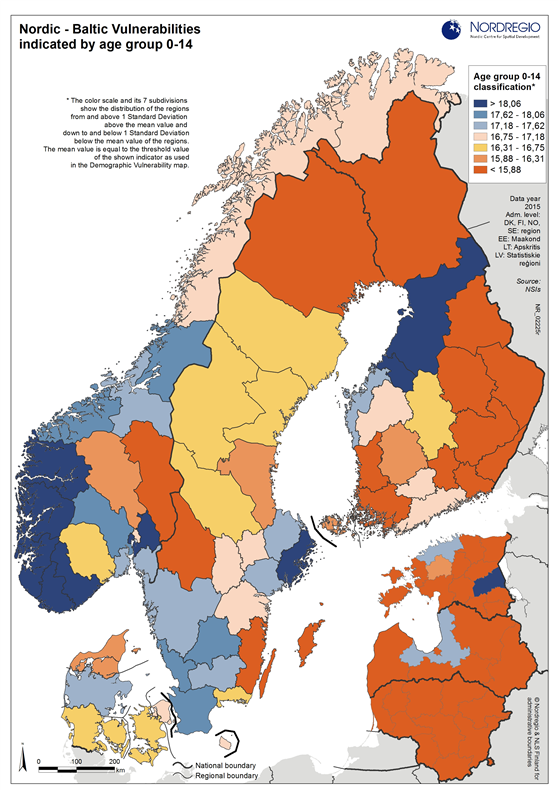