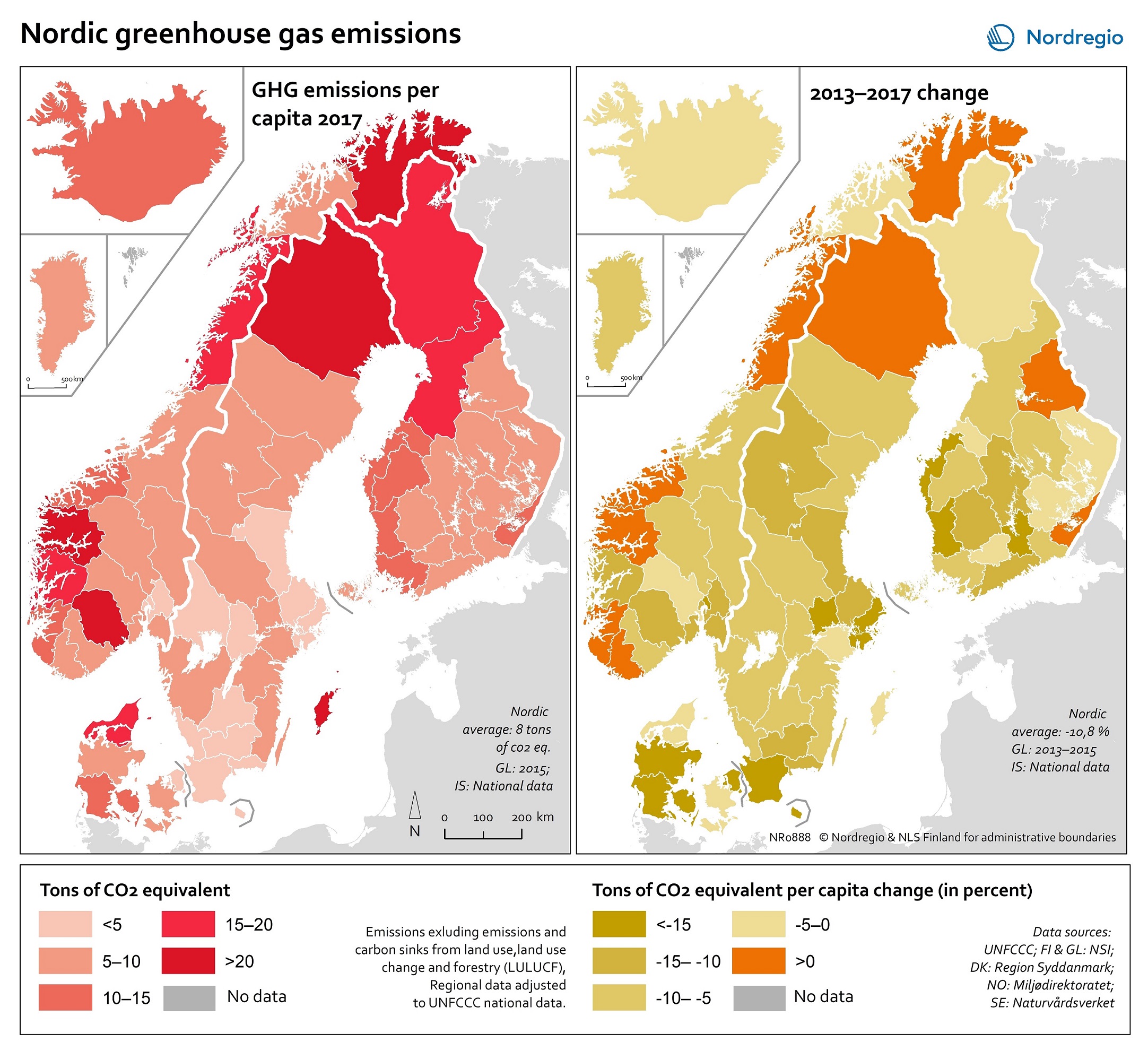 Emissions have seen significant reductions in areas where heat and power have traditionally been fossil fuel dependent. This includes Denmark as well as Southern Sweden and Southern Finland; relatively populous areas where improvements in district heating coverage and carbon intensity reduction has been achieved. Emissions are increasing in regions where energy-intensive industry is present. This includes many Norwegian regions with intensive offshore oil and gas activity but also Norrbotten, Sweden as a result of intensive industries in the iron & steel sector.

Regions with per capita increase during 2013-2017 are coloured orange, while regions showing a reduction are indicated with shades of yellow depending on the change magnitude.