This map shows the regional potential index in the Nordic Region in 2019. The ranking process aims to highlight the socioeconomic state of the Nordic regions. 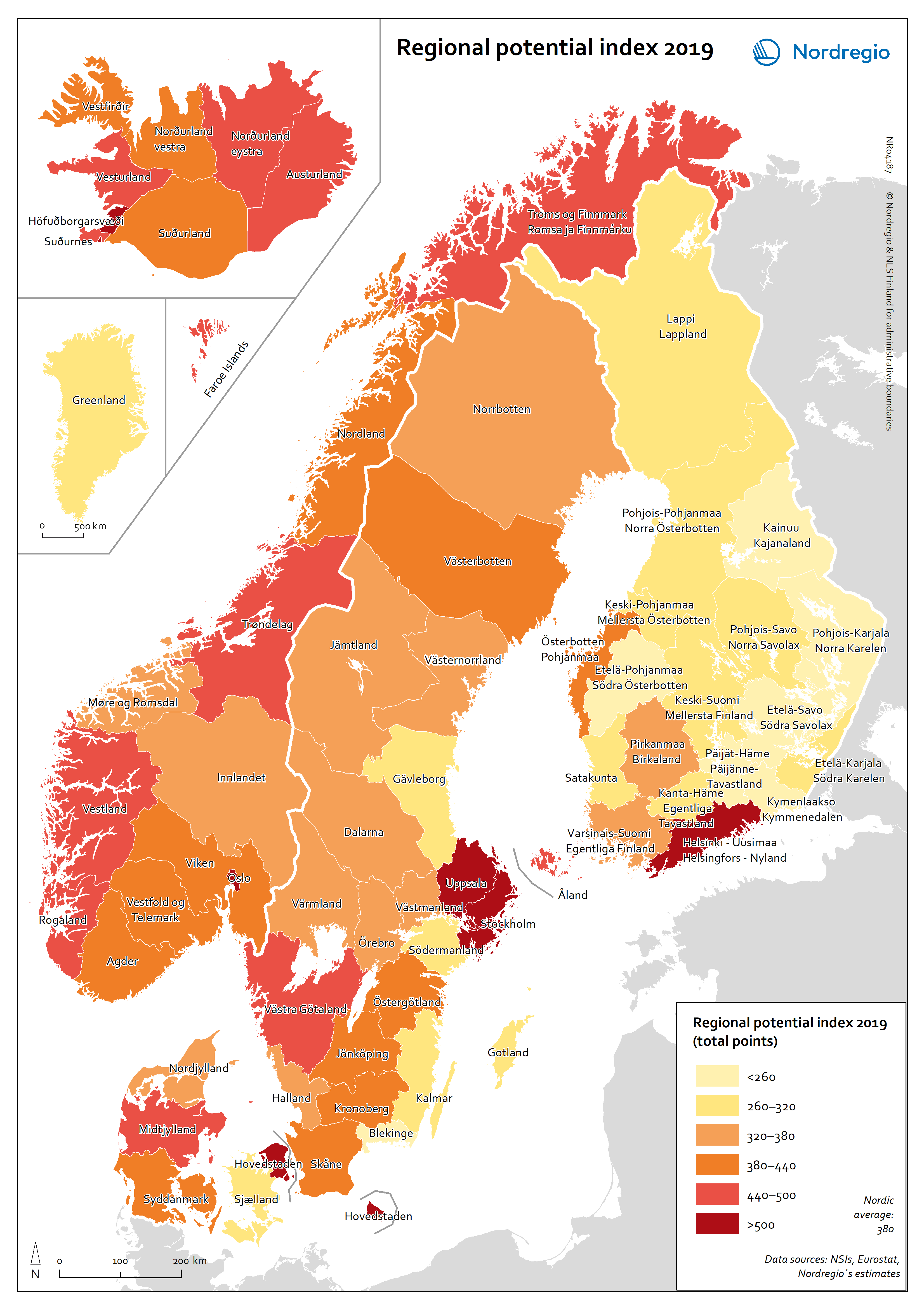 Nordregio’s Regional Potential Index is constructed around a series of key socioeconomic indicators with relevance in an analysis of regional development. The data from the nine selected indicators is categorised into three dimensions: demographic, labour force and economic.

The capital city regions in the Nordic countries top the ranking in this version of the Regional Potential Index, as they did in the two previous versions. Oslo is in first place, followed by the capital regions of Denmark and Stockholm. Regions in Iceland and the Faroe Islands improved their rankings between 2017 and 2019 due to dynamic workforces. In contrast, the opposite was the case for most regions in Norway, mainly due to weaker regional GDP and R&D investment. The Nordic regions that have improved their ranking over the last two years are mainly rural ones.