This map shows the percentage of the population aged 65 and over as a share of the working age population (15-64 years) across the Nordic Region at the regional and municipal level in 2016. This figure is commonly referred to as the old age dependency ratio. 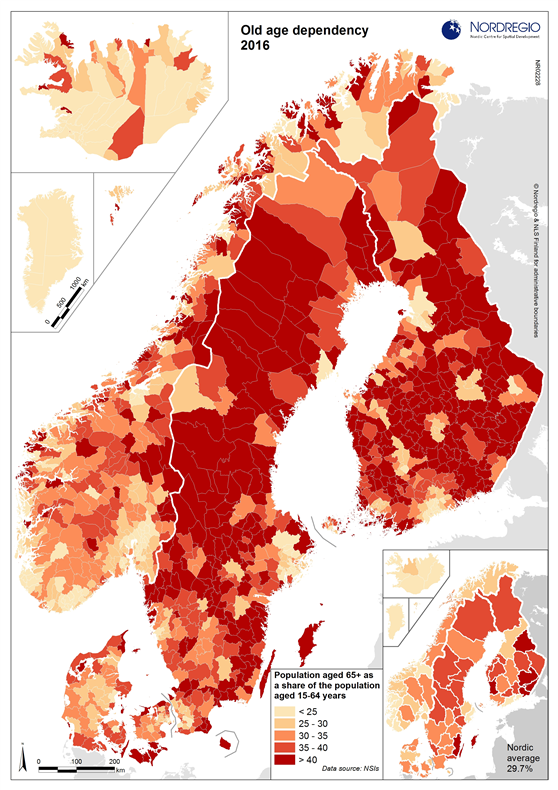