These maps show the number of jobs in the bioeconomy sectors as a share of the total employment in 2017 (left) and 2009-2017 change (right), excluding the NACE A sectors. 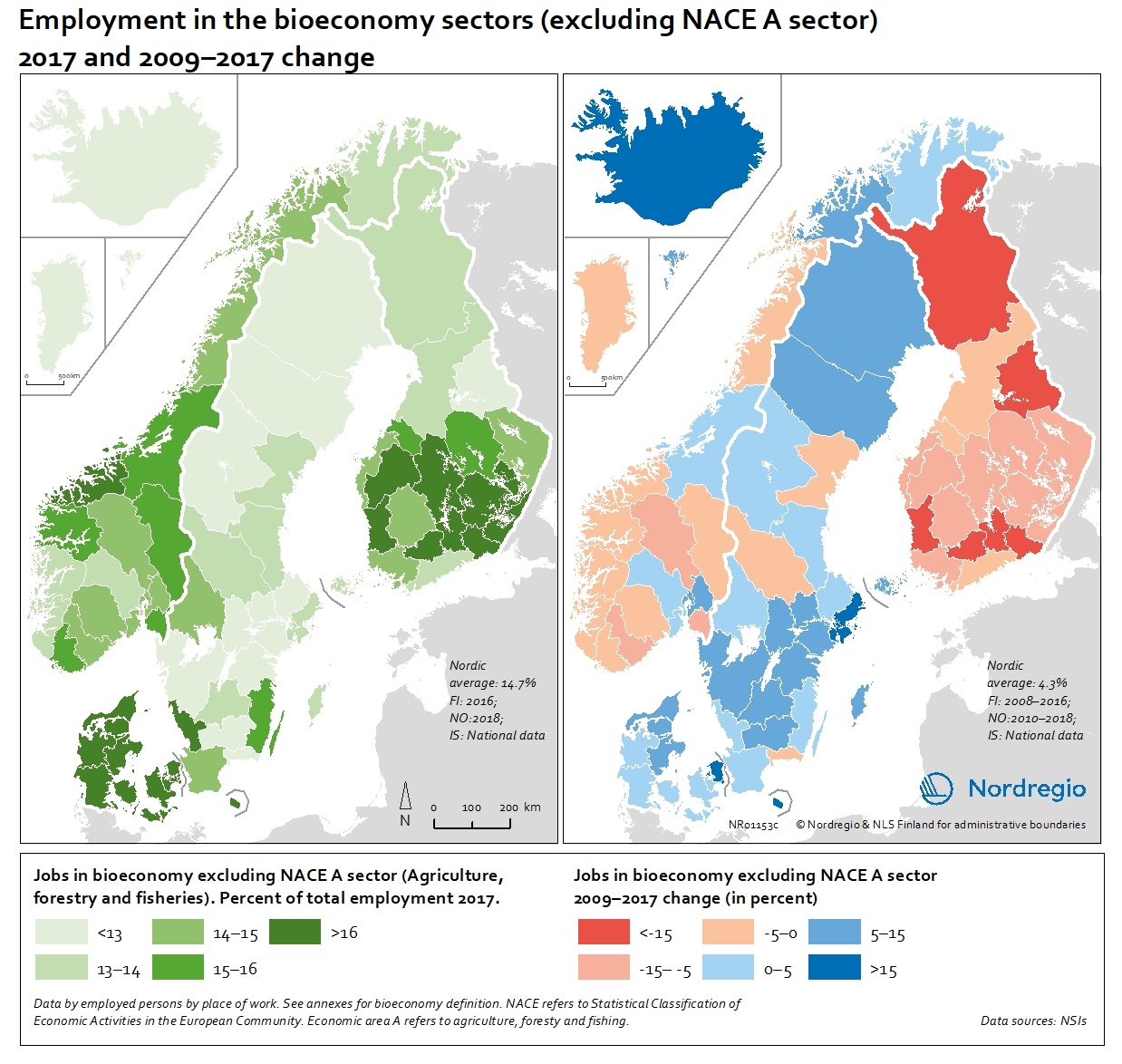 The non-NACE-A sectors have seen a more moderate decrease in Finland but a noticeable increase in most parts of Sweden, Denmark and the Faroe Islands and a remarkable increase in Iceland with more than 15% (Figure 9.3). The average increase in the Nordic Region is 4.3% in the non-NACE-A sectors. There are also notable differences within the countries, showing that regional differences matter. In Denmark, Greenland and the Faroe Islands, there is a positive trend in most regions, but in Finland, almost all regions are losing jobs in the primary industries. In Norway and Sweden, some regions show positive development while others are in decline.