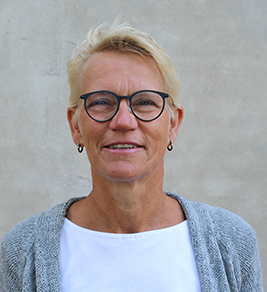 Specialised in institutional economics with expertise in rural development and policy, environmental and resource management mainly related to agriculture, bioeconomy and innovation

Prior positions
2015-2016: Senior Researcher at Norwegian Institute of Bioeconomy Research

1994-1997: Researcher at Dep of Economics and Social Sciences, University of Life Sciences, Norway

1989-1995: PhD-scholarship at Dep of Economics and Social Sciences, University of Life Sciences, Norway

Moving across the Nordics with a Rural View!

I was brought up on the fertile Salling lands surrounded by the Limfjord where brick stones have been produced in centuries due to the moler – and with, folk highschools and rural values as a solid fundament.

Studies in agricultural economics at the former Royal Vet. and Agricultural University was not at first a big eye opener – not before I had travelled around in Iceland’s fascinating geology, innovative people and proud historical knowledge while teaching all kinds of economics as a lecturer at the Agricultural College at Hvanneyri. This land with its people is so open-minded and hands-on in a nice blend with a particular and raw nature.

Norway made me become aware of rurality, and the great aspect of comparisons. Here I spent the next half of my life getting a family and becoming familiar with institutional economics through my PhD at the University of Life Sciences, Norwegian outdoor culture and community life. Norway is a prime example on Polanyi’s point “that only the State can – and has the moral duty to – protect the natural and human resources from over-exploitation and ultimately their degradation and despoliation.” A widespread ownership of basic bio-resources for development in rural areas like fish, forest and agriculture together with access to outdoor life like “the allmans right” the last being embedded in Norwegian cultural life in family, kindergarten, schools and among people in general. But also the hunting culture is widespread in society.

The circle travelling the Nordic countries has then here in 2016 nearly been closed when starting as Research / Vice Director at Nordregio. With its interesting research topics, the very good atmosphere at Skeppsholmen and a “nice” lot of bright dedicated researchers from a global community, communicating with society, Nordregio has great potential for contributing to the Nordic societies rural, urban and their linkages. As a bonus I have the benefit to be married to a proud Scot, who has dedicated his life to rural development in a global world, and who is a keen sailor. This has taught me to see life from the sea – and becoming a traveller – a nomad in the Nordics – always with music in our mind!