These maps show the number of jobs in the bioeconomy sectors as a share of the total employment in 2017 (left) and 2009-2017 change (right). 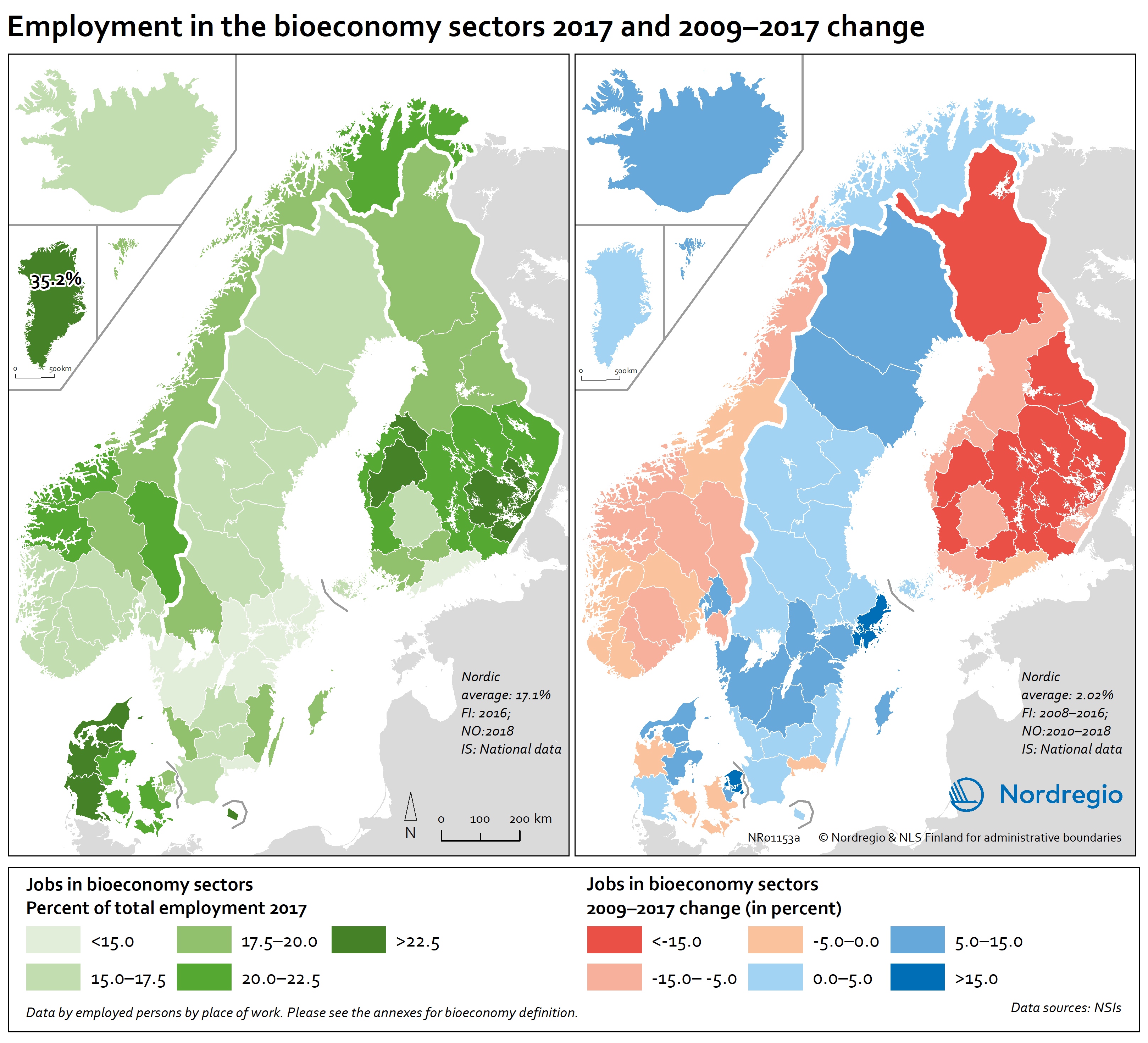 At the same time, most regions in mid-Norway, in all Finnish and some Danish regions witnessed negative development in jobs in the bioeconomy. In Greenland, Iceland, Faroe Islands, Sweden, Northern Norway and other parts of Denmark the situation is very different and the number of jobs in the bioeconomy has increased. These proportions should also be seen in relation to the increase in total number of jobs17 in most regions in the Nordic countries except for the Finnish regions and Åland where there is a decline in most regions.