This map shows the population potential in the Nordic and Baltic States in 2016. Population potential is defined as the number of people that can be reached within 50 km airline distance from the centre coordinate of any grid cell. The resulting numbers have then been standardized at the study area average, i.e. an indicator value of 100 represents the study area average. Darker colours represent areas with the most (blue) or least (red) potential. Capital cities are the largest growth poles in the BSR, along with growth areas like Gothenburg (Sweden), Aarhus and Aalborg (Denmark), Bergen and Stavanger (Norway), Oulu, Turku and Tampere (Finland), Southern Sweden and Lithuania. 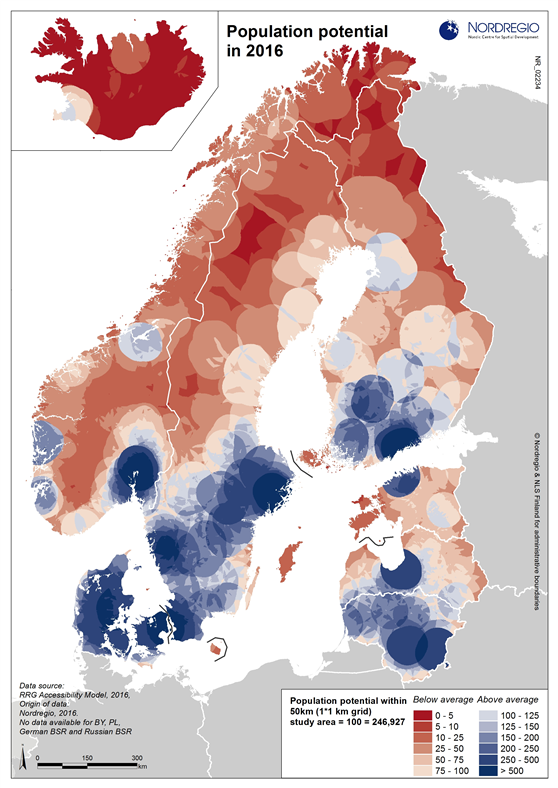