The population of the Nordic Region has grown by almost 4% during the period 2011–2016; more in Norway and less in Denmark and Finland. This growth is unequally distributed within and between the various Nordic countries. 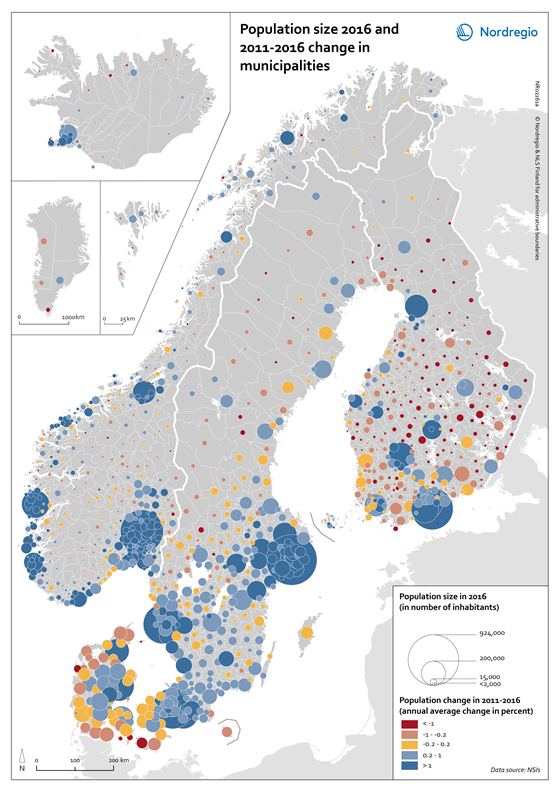