The national maps from Finland, Norway and Sweden show the national specific issues in relation to different parts on the reindeer herding area and to seasonal pattern. 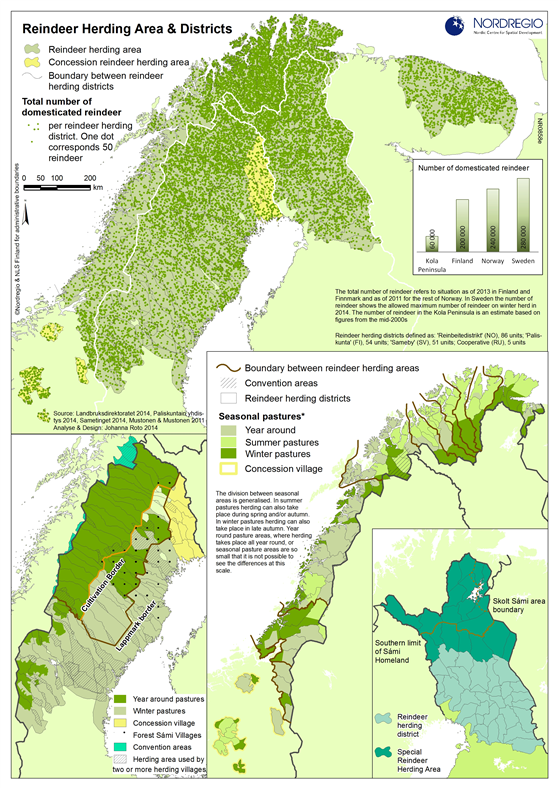