This map shows Research & Development (R&D) intensity (R&D expenditures as a share of the Gross Regional Product, GRP) in Europe at the regional level.

This indicator is of interest as the EU Commission highlights R&D investments as a Europe 2020 target, related to innovation. 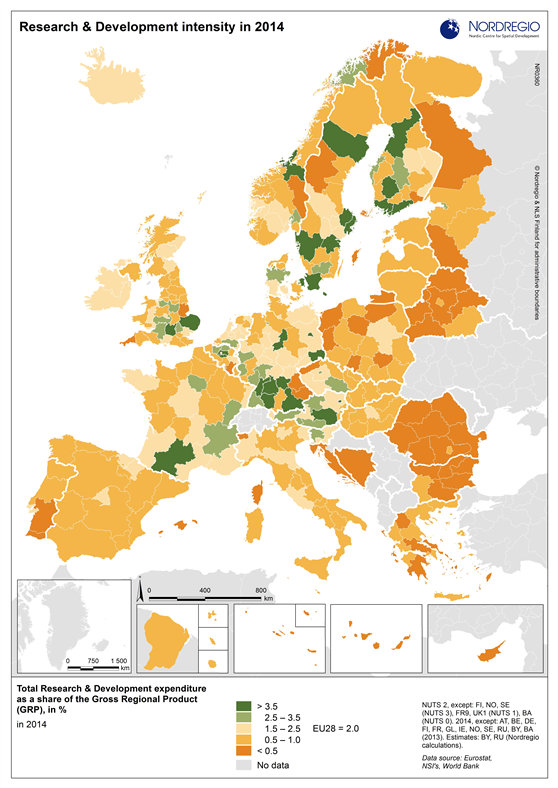