This map shows the different gas, oil, and mining resources in the Arctic. The map also depicts the consistent retreat of ice cover over the Polar Sea during the last few decades. Receeding ice cover will influence accessibility to mineral and energy resources both on land and in the Continental Shelf in the future. This map also shows both existing and potential sites of mineral and energy resources in the Arctic region.

Resources in the Arctic 2015

Main sites (both existing and potential) for gas and oil production, including infrastructure, mining sites, and sea ice coverage in the Arctic. 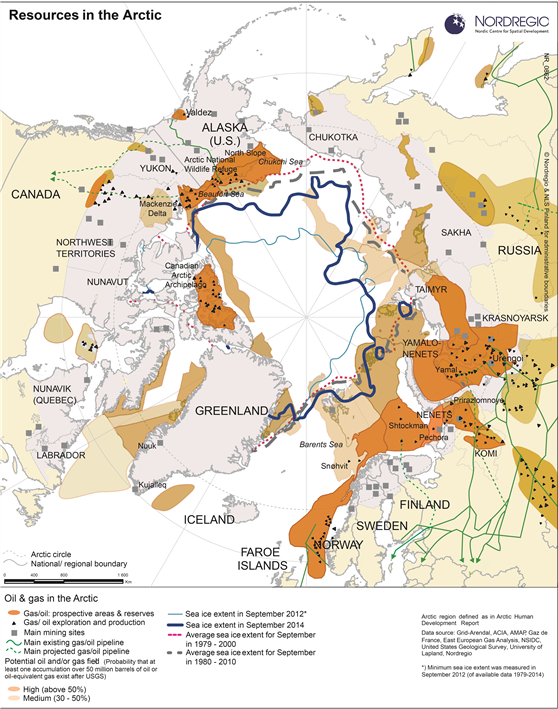