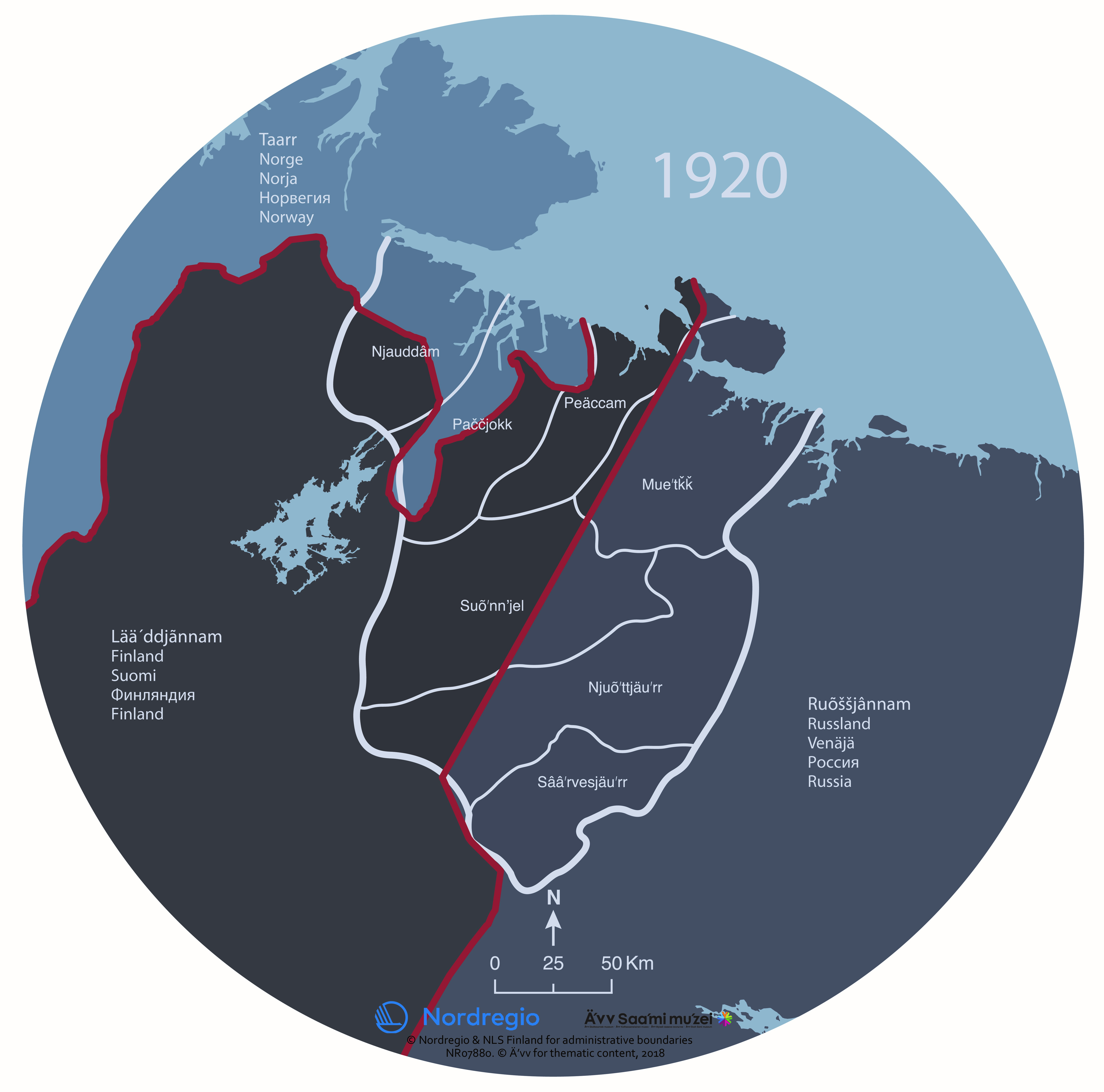 The borders through the Skolt Sámi Land were redrawn after the First World War. Newly independent Finland obtained the Petsamo area and thereby access to the Arctic Ocean. The Skolt Sámi living in that area became citizens of Finland instead of Russia. In Norway, the Skolt Sámi suffered from Norwegianization. On the Russian side, the Skolt Sámi were persecuted due to Stalin’s minority group policies. It became difficult to follow seasonal migration routes, a typical of the Skolt Sámi way of life. The Skolt Sámi of Suenjel area were the only ones able to carry out this traditional lifestyle.