Overall, there is a slight but not considerable bias towards better self-assessment of health in more urbanised regions than in rural regions. This difference however could very well be explained simply by higher levels of income in urban areas. Nonetheless, exceptions to this are also numerous. 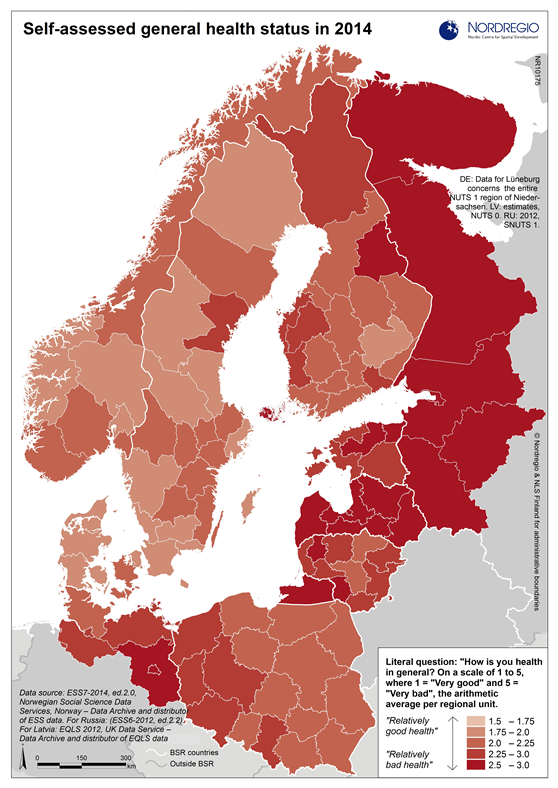