This map shows the population aged 0-14 as a share of the total population in 2017 at sub-regional level in the Arctic.

In the Arctic, 20,5% of the total population was aged 0-14. The highest shares, illustrated in dark green, were in Tazovsky District (34,4%) and in the Yamalsky District (34,0%) in Yamalo-Nenets (Russian Federation). Other subregions with a share of young people over 30% were Nunavut (Canada), Kulsivak Census Area (Alaska), and Sakha (Russian Federation). Subregions where young people represent the smallest share of the population (represented in yellow tones) were in the Nordic countries, Aleutian Islands (Alaska), Novaya Zemlya, and in two subregions of Kamchatka (Russian Federation). Compared to the national averages, the population in subregions was younger in Alaska (USA), Canadian and Russian Arctic than in their respective States. In Arctic Finland, Norway, and Sweden the share of young population was lower than the national averages. 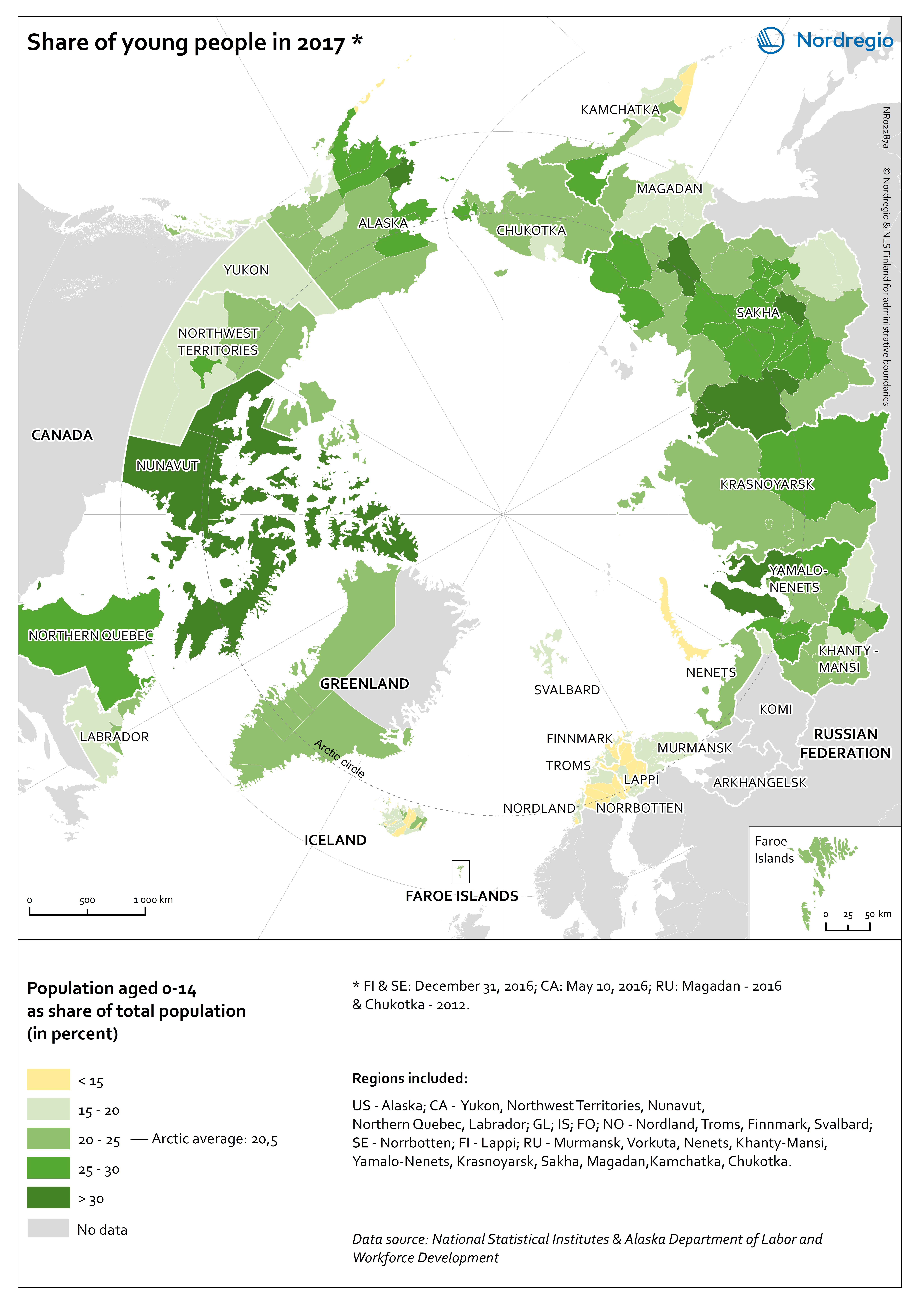