Total population change in the Arctic 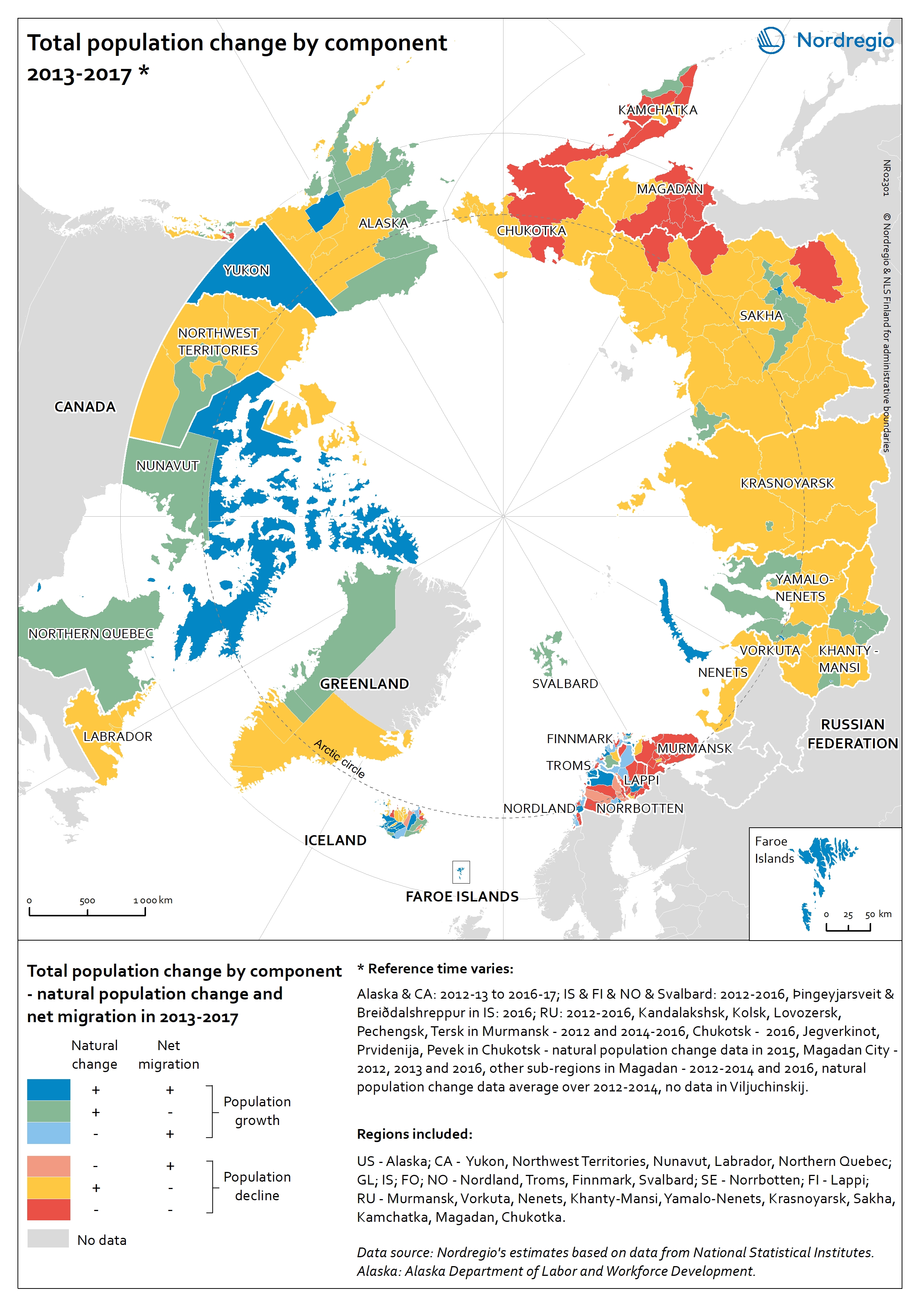