The number of young people on activity and sickness benefits is of considerable concern in many Nordic municipalities and regions. This map shows the share of persons aged 18-29 years who were on activity and sickness benefits in the Nordic countries in 2015 at the regional and municipal level. Several data gaps exist for municipalities in Finland and Norway where total small total population sizes pose confidentiality concerns. This kind of compensation is referred to as, for example, “uføretrygd” in Norway and “aktivitetsersättning” in Sweden.

Young people on activity and sickness compensation in 2015 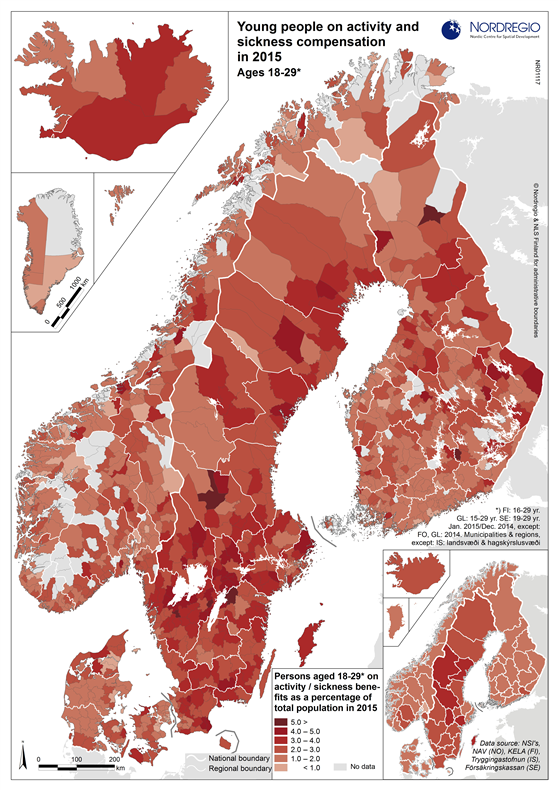