New perspectives on Foreign Direct Investment inflows towards and within Europe

The final reports in the ESPON project “The World in Europe: Global FDI Flows towards Europe” have now been published, throwing new light on the trends and patterns for incoming investments to and within Europe. Nordregio has contributed to this important research with both mapping and analysis of inflows, that shows a concentration on only a few key countries as well as an overrepresentation of urban areas as receivers of investment.

An important mapping exercise and analysis of FDI (Foreign Direct Investments) flows towards Europe and within Europe has just been published by ESPON. The study is a result of a collaboration between Nordregio and Copenhagen Economics during the last two years. Nordregio was responsible mainly for both mapping FDI data and developing a case studies analysis of best practices in FDI promotion.

Concentration of flows towards a few countries

The mapping exercises contributed at highlighting a clear tendency for extra-European FDI to flow to large and economically mature countries. The five largest countries in terms of GDP (Germany, the UK, France, Italy and Spain) accounted for almost 60 per cent of total extra-European FDI flows towards Europe over the period 2003-2015 (51 per cent of greenfield FDI and 61 per cent of M&As). Luxembourg and Cyprus are also large recipients, which is mainly due to their competitive tax regimes. Taking the size of the economies (measured by GDP) into account, the Netherlands and Ireland are the most successful countries in terms of attracting FDI. 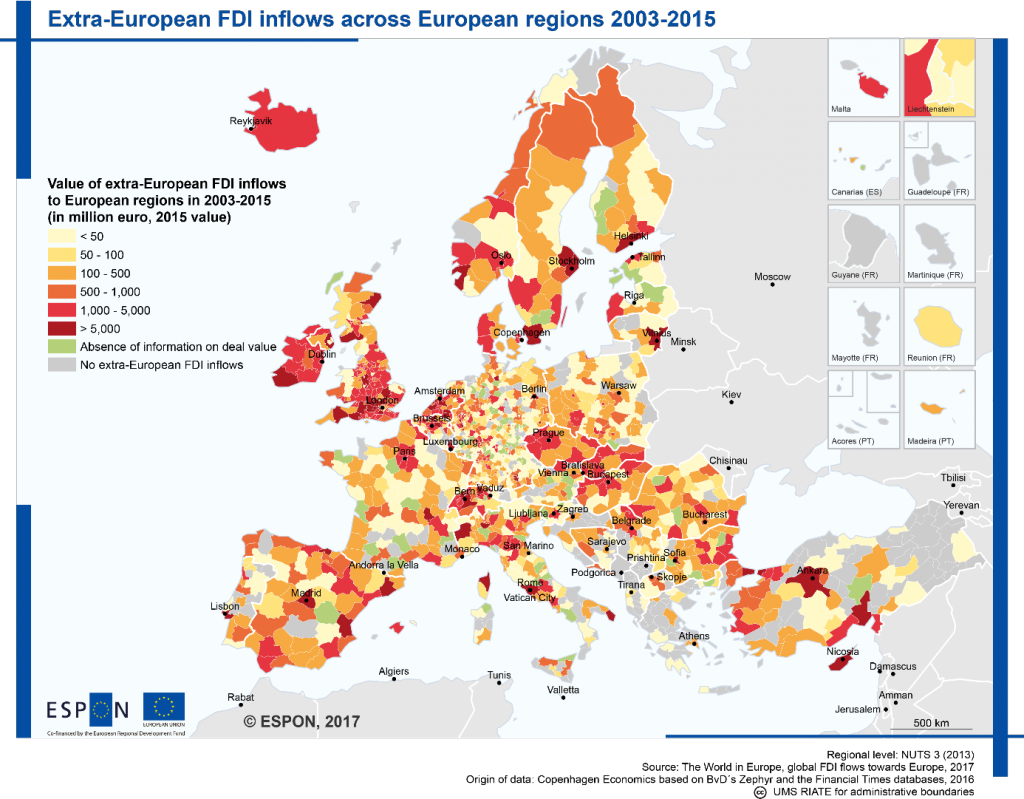 The case study analysis highlighted a number of factors that increase the attractiveness of European regions towards foreign investors. The strength of industry clusters, a relatively good regional accessibility, a high level of innovation, a fair portfolio of previous FDI activities, the market size and the population density and the presence of a labour force with tertiary education are among those actors highlighted through the case study analysis. For instance, the availability of skilled and flexible workforce repeatedly appears as an important determinant for choosing an investment location. High level of labour mobility allows for a more efficient allocation of resources and has proven to be a forceful driver of innovations. In the case of the Greater Hague region, high levels of employment protection slightly deter investments as it increases cost of labour for companies and decreases mobility in the Dutch labour market. However, the dynamics of the labour market has been sustained through increased number of independent contractors that contribute to creating a more flexible workforce.

The case study analysis has also highlighted factors that are not as important as one can expect. That is for the instance the case of fiscal incentives. In fact, the stability of the tax system is rather important in determining investment decisions, however, with a few exceptions (e.g. the Greater Hague Region and Ireland), fiscal incentives have not emerged as critical determinants of FDI location. In fact, given the presence of so many other FDI enablers in both the Greater Hague Region and Ireland it is difficult to determine exactly how vital the fiscal climate is as an FDI determinant. The case of Poland is instructive here – the three regions offering the lowest level of fiscal and financial incentive are, in fact, those that attract the highest level of FDI. The overall conclusion appears to be that, while financial incentives may act as a “cherry on top” they are no substitute for, among other things, good macroeconomic fundamentals, the availability of physical and communication infrastructure, and political stability. 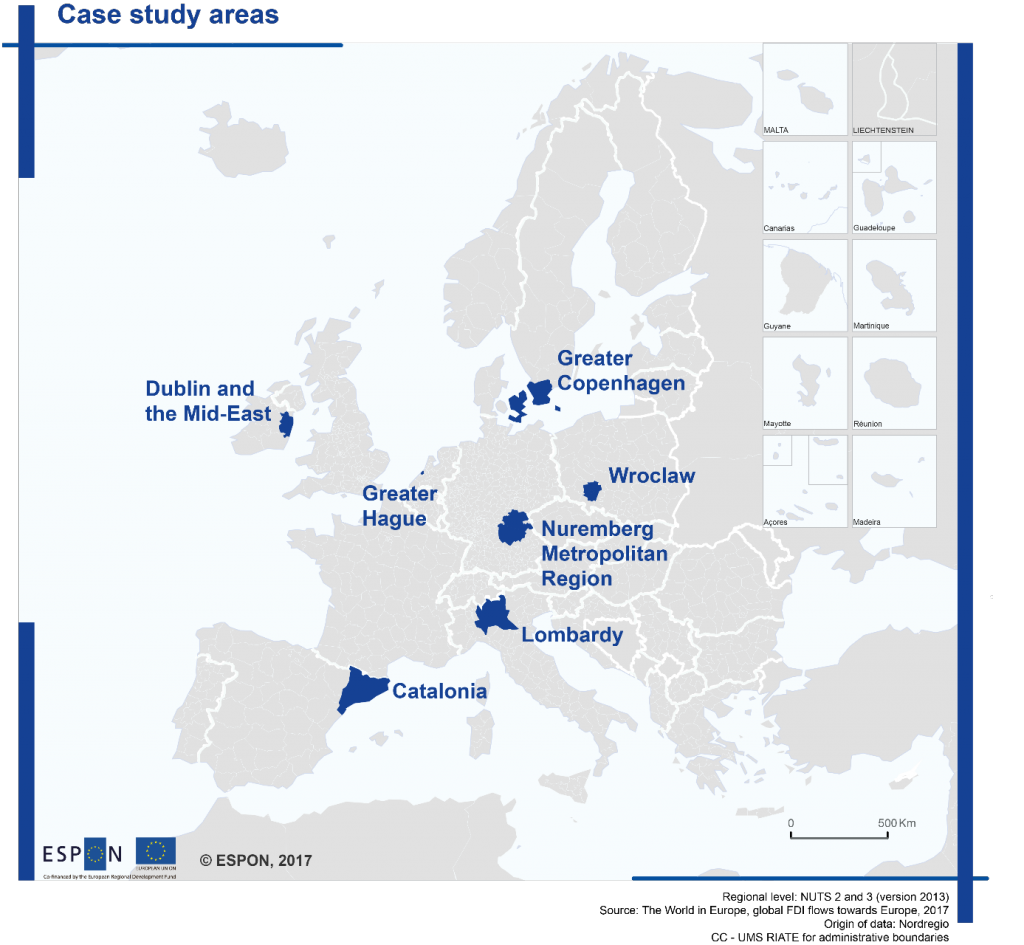