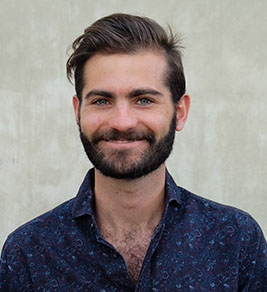 From Quito to Utrecht to Sweden, how did that happen?

I have always been fascinated by the way people and space are interrelated. Human behaviour determines the way we build our societies, cities, and homes. At the same time spatial aspects determine human behaviour: the way we interact with other people, the way we transport, the places we chose to frequent.

As I was growing up in the suburbs of Quito, Ecuador I realized that living outside the busy centre was quite a romantic idea, but a practical hustle. Yes, I enjoyed the beautiful garden and the dogs, but on a daily basis I probably saw more the black roads and stressed about car congestion. As many cities around the world, Quito adopted that outdated model of ‘development’, where expressways, overpasses, and all of those well-known monsters, are built within the urban space. As Jan Gehl once said: “We definitely know more about good habitats for mountain gorillas, Siberian tigers, or panda bears than we do know about a good urban habitat for Homo sapiens” I think he has a point!

After high school I moved to Paduli, a small town in south Italy, with quite different socio-spatial dynamics compared to the busy capital of Ecuador. Soon after, I started my studies in Human Geography in Utrecht, Netherlands , where I learned to empirically experience geographies with a sharpen eye. I realized that the relationship between people and space is way more complex; history, economy, demography, social values, politics, technology and even weather as well as a great deal of chance have an impact of how spaces evolve.

Later on, I engaged in a double degree Master program in European spatial planning and regional development in Nijmegen, Netherlands and Karlskrona, Sweden. This programme gave me the tools to understand how all members of society contribute to develop space and how proactively strategies, and policy can be used to steer territorial development. I became particularly interested in governance as a key angle to understand the way all actors in society play a role in the development of societies, economy and space.