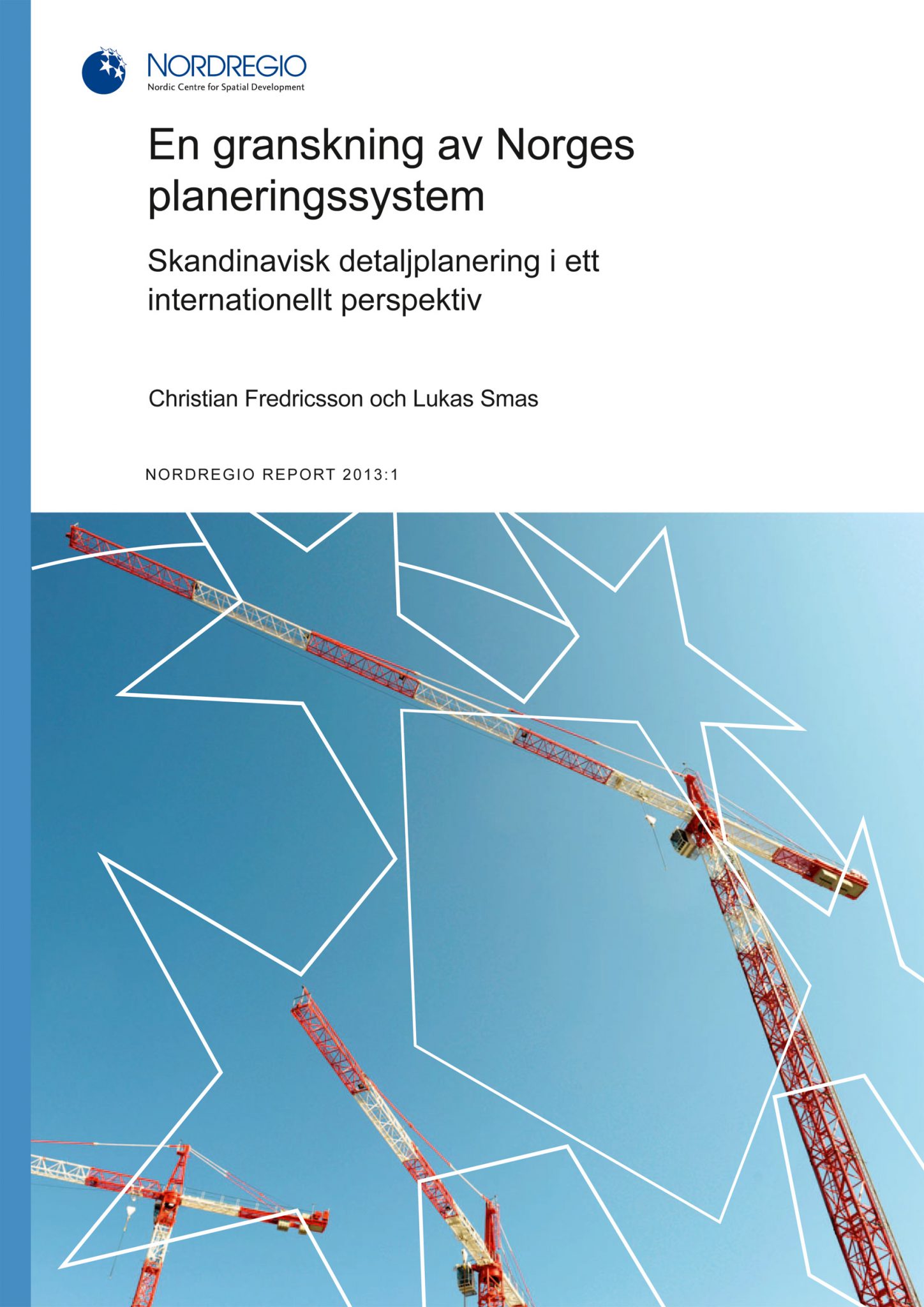 How to make planning processes more efficient and plan for new housing continues to be crucial topic in throughout Europe, especially in metropolitan regions with high growth. During recent years evaluations and reforms of planning systems have been carried out throughout Europe. While the complete abolishment of the U.K.’s regional tier of government is likely the most significant change, reforms in the Scandinavian states have taken place as well, for example a new Norwegian Planning Act from 2009.

In this context, Norway’s Ministry of Environment (Miljøverndepartement) has commissioned Nordregio to review its planning process for housing development, including a comparison to the systems in place in neighbouring states. Consequently, the aim of this report has been to compare the effectiveness and efficiency of urban planning systems with regards to both the formal system (i.e. legal and institutional frameworks) and actual planning practices and how they are implemented ‘on the ground’. The study has focused on how detailed/local/regulatory plans for housing developments are produced in selected Scandinavian and European states. The Norwegian planning system has been the focal point for the project, which has been compared and contrasted through case studies conducted in Sweden (Malmö), Denmark (Aalborg), Germany (Munich) and United Kingdom (Cambridge).

The first distinctive characteristic of the Norwegian planning system is the right for private actors to develop proposals for detailed plans. This has a long tradition in Norway, and means that the municipality’s role in the planning process is slightly different than in other cases; it has a more of a guiding and controlling function compared to other Scandinavian states.

The second characteristic is the state (and regional) influence in the planning process and importance of spatial planning. The national level in Norway provides municipalities with detailed guidance material and the 22 sectorial authorities have the possibility to make objections on detailed plans.

The Norwegian system is also characterised by a detailed (time-) regulation of its detailed development planning process. This is particularity evident by several formal time limits in the planning process, including municipal consideration of private proposals and as well for political handling and public consultation.

These unique features of the Norwegian planning system have direct consequences both for the time spent for making a plan, as well as for the efficiency, and potential bottlenecks that can be encountered.

Learnings
Firstly, the initiation and start-up phase is a very significant, and often underestimated, period of the overall planning process, partially because it is relatively unregulated and informal. The case studies showed that this phase is time-consuming and that there are different incentives to facilitate this phase. In Norway for instance, the process is initiated with a start-up meeting, but there are often discussions between the municipality and the developer even before that.

Secondly, the design of the plan and the level of detail are important issues that need to be addressed. A detailed plan is a prerequisite for planning new buildings but what such a plan should contain is partly an open question, as is its relation to overarching municipal plans and strategies. It seems that there are some benefits to develop robust municipal plans with clear guidelines to avoid uncertainty and create better conditions for an efficient detailed planning process.

The third issue regards the importance of coordination and synchronization, including internal coordination between departments within municipalities, among other public authorities, with relevant private actors and among other stakeholders. In this sense, improving the process of feedback between the different levels of government can improve the efficiency of the planning process. This is especially evident in the possibility for state authorities in Norway to make objection on a detailed plan, which is not always coordinated among state authorities.