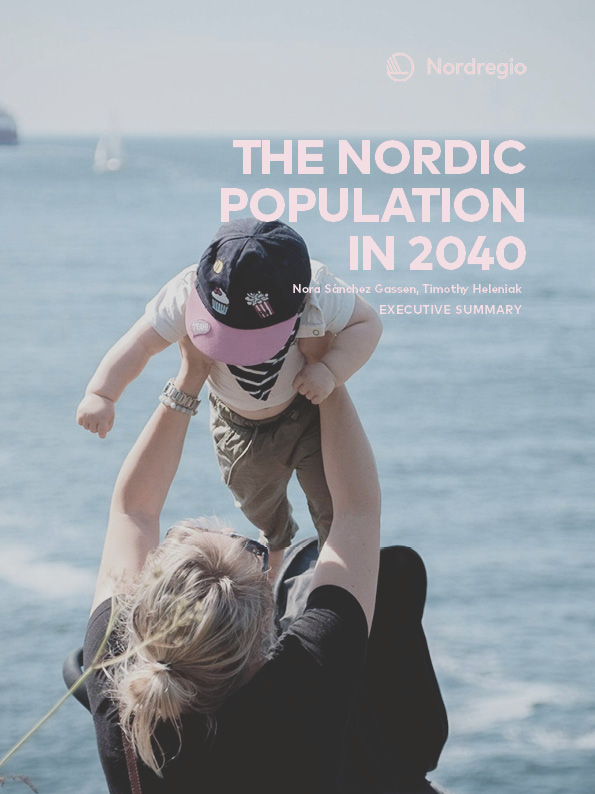 How strong is the urbanization trend in the Nordics in the long haul? Will the rural areas be depopulated by 2040? This is the executive summary of the report The Nordic Population in 2040 – Analysis of past and future demographic trends.

If the expected future differs from what is desired, policy interventions can be designed and implemented to attempt to achieve the desired population outcome. This research examines the future size and age composition of the populations in the Nordic region at the national, regional, and municipal levels. The national statistical offices of all the Nordic countries and autonomous areas regularly produce projections of their populations which differ in detail, assumptions, and length of the projection period. To allow comparison across the Nordic regions, a typology of urban and rural regions is used with five different types of regions 1) predominantly urban regions, 2) intermediate regions, close to a city 3) intermediate regions, remote 4) predominantly rural regions, close to a city and 5) predominantly rural regions, remote. This classification is adopted from the OECD and is used throughout the report.
In depth analysis can be found in the original report The Nordic Population in 2040 – Analysis of past and future demographic trends.