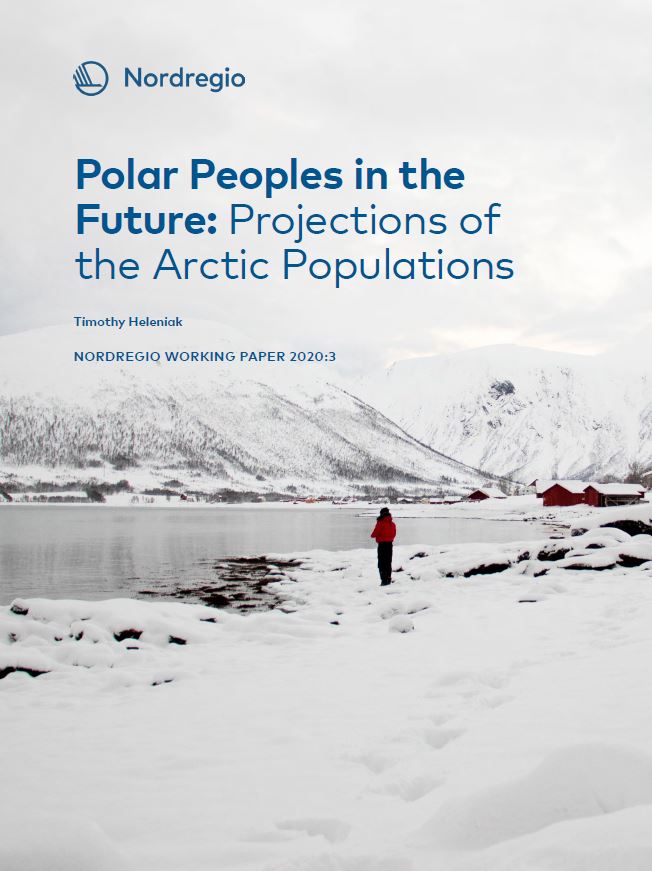 Polar Peoples in the Future: Projections of the Arctic Populations

Projections of the future size, composition and distribution of the populations of the Arctic states and regions are useful for policymakers for planning purposes.

This paper presents and analyses the most recent population projections undertaken for the Arctic states and regions.

Global population growth is projected to continue rising, from the current total of 7.4 billion to 10 billion in 2055. The population of the Arctic, as defined here, is predicted to change little, with a projected population increase of just 1%. However, there will be considerable variation in growth rates among the Arctic regions. Among the Arctic regions of Alaska, Yukon, Nunavut, Iceland, Troms, Khanty-Mansiy okrug and Chukotka, substantial population increases are projected, amounting to more than 10% over the projection period specified for each. Nordland, Finnmark, Pohjoil-Pohjanmaa (North Ostrobothnia) and Nenets autonomous okrug are projected to experience a more modest rate of growth of between 5% and 10%. The population of the Northwest Territories, Greenland, the Faroe Islands, Västerbotten, Norrbotten, Lappi, Yamal-Nenets okrug, Yakutia and Kamchatka oblast are projected to remain roughly the same, neither growing nor declining by more than 5%. Kainuu in Finland, Karelia, Komi, Arkhangel’sk, Murmansk, and Magadan in Russia are projected to undergo reductions in population of more than 5% each. Common trends identified for nearly all Arctic regions in the future are aging populations, more balanced gender ratios between men and women, increased concentrations of population within larger urban settlements, and the depopulation of smaller settlements.

Research for this article is part of a project entitled Polar Peoples: Past, Present, and Future. This is supported by a grant from the U. S. National Science Foundation, Arctic Social Sciences Program (award number PLR-1418272). I would like to thank Olivia Napper, graduate student in the Department of Geography at George Washington University, for creating the maps in this paper and for other research assistance. This project also received funding from the Nunataryuk project which was funded by the European Union’s Horizon 2020 research and innovation programme under grant agreement No. 773421.