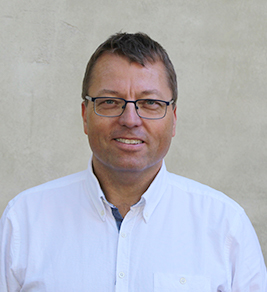 Søren is no longer employed at Nordregio.

I have lived most of my life in Denmark in the greater Copenhagen area, with work related exercises around the world.

During primary school (the 70´ties) I lived with my family in a larger newly constructed single family house area, which enclosed and engulfed the old rural village – physically and socially. Due to a social event we moved to the ”ghetto” of the region – even before this became an official Danish label of “particularly exposed general residential areas”. I later moved to the heart of Copenhagen in an old apartment in Nørrebro, during the gentrification of the area. Today I live with my family in the far suburbs of Copenhagen, as well as in the heart of Stockholm.

In one way being very local, other activities and my research have brought me around the world. Master and Ph.D. studies focused on the local social and natural resource conditions for product and organisational innovation – mainly in fisheries dependent communities the Sub-Arctic area – Norway to Alaska. As a voluntary worker I have spent half a year in the Southern Africa as well as in Central America, experiencing very different cultures and institutional structures. Later my research within fisheries management though mainly has focused on European (EU and non-EU) fisheries and fisheries communities.