Urban gardening is much more than just growing food and plants, it is about social engagement. The City of Aarhus has become well known for their ‘Taste Aarhus’ programme, a key driver behind more than 300 bottom-up urban agriculture initiatives and the most successful urban farming area in the Nordic Region. Taste Arhus is one of the five cases the SiEUGreen (Sino-European innovative green and smart cities) project investigated in the Nordic Region and in China.

– After studying different cases, Taste Aarhus stood out as a clear example of how social empowerment can create good, scale-up and change the city. Taste Aarhus uses urban gardening as a tool to bring people together, use under-utilised spaces around the city and engage people in the practice of growing their food. It also has an educational element, explains Senior Research Fellow Luciane Aguiar Borges, Nordregio.

– Taste Aarhus has changed the city. Thanks to education, guidance and the network we have been building, we now see people using parks and public green spaces in a whole new way. It wasn’t like that five years ago, explains Pernille Thormann Villesen, the project manager for Taste Arhus (Smag på Aarhus).

Urban gardening is not just a bottom-up movement. The local authority also plays an active role and uses urban agriculture as a mean of promoting healthier eating habits, encouraging physical exercise and social interaction. In the future, there will be a higher demand for urban agriculture. Population growth will put pressure on urban spaces, so there will be less land available for Urban agriculture and it creates longer physical distances from nature.

– At the same time as Aarhus will need to be more densely populated, the quality of urban green spaces will also need to be higher. We need to rethink the strategy for private and public housing areas in the city. We succeeded in combining institutions’ empty green areas (like schoolyards, hospital yards and daycare centres) by involving local people, who do not have gardens of their own. We have been able to build bridges between the local people and the council because we are a part of both, Villesen says.

The Taste Aarhus project educates, provides information and signage for wild food (mushrooms, berries, etc.) and encourages people to make use of it. Under Danish law, you are allowed to take from nature “as much fits in your hat” (fyld hatten). Recipes for common plants are available on the project website. One of the educational initiatives involved putting up a sign in one part of the city, where a specific edible plant grows, but not in other areas where the same plant also grows. The sign encouraged people to take a look around, and the evidence shows that people did indeed pick the plant concerned in that area and not in the others.

From idea to reality

The programme began in 2015 and it has already exceeded all expectations with more than 300 initiatives, including several interesting ones on a large scale and one in Brabrand, about 8 km from the centre of Arhus. The Brabrand project was the idea of a Danish architect who lived in Italy and had a dream of growing and eating fresh food in Denmark. 20 families joined forces to rent an abandoned, privately owned greenhouse and turned it into a farm. It now covers six hectares, including greenhouses and an open area of one hectare, and more than 100 families now grow food there.

One of the largest urban agriculture initiatives was Ø-Haven on a big building site in the port area. It has engaged the most people, around 300, who cultivated vegetables, keep chickens and tend beehives. Pier 2 Haven is another community garden in the same port area. The 45 members grew vegetables, herbs and flowers in pallet frames. Both Ø-Haven and Pier 2 are on private land, and urban agriculture is a temporary activity. It attracts the local community to the site, which popularises the area and demonstrates urban agriculture’s potential to turn otherwise unattractive sites into venues for social interaction. Hopefully, Taste Aarhus will have positive spin-off effects in the long-run that will encourage and inspire people to use urban spaces for agriculture in other parts of the city as well.

– The Taste Aarhus project will continue for many years because we have been working hard to incorporate it into the work of the council. Some gardens may disappear, but experience tells us that the space will be taken over by new groups, which will start new organisations.

SiEUGreen project aspires to enhance the EU-China cooperation in promoting urban agriculture for food security, resource efficiency and smart, resilient cities. Throughout the project, EU and China will share both technologies and experiences from social engagement, thus contributing to the future developments of urban agriculture and urban resilience in both continents. The 5 cases selected in European and Chinese urban and peri-urban areas are: Retrofitting a former hospital complex into a residential and commercial space, called Cicignon Park in Fredrikstad (Norway), a great number of peri-urban agriculture initiatives around the Hatay region (Turkey) including the engagement of 200 women in the ’Women’s cooperative, A big peri-urban community garden in Beijing (China), The Futiancangjun residential development in Changsha (South of China), which showcases alternative waste treatment and eventually recycling into fertilizers for urban agriculture. And these community gardens in Aarhus (Denmark). Nordregio is one of the many partners contributing to the project and is participating a SiEUgreen partner meeting 9-11 October in Beijing. Read more about the project and the other cases here. 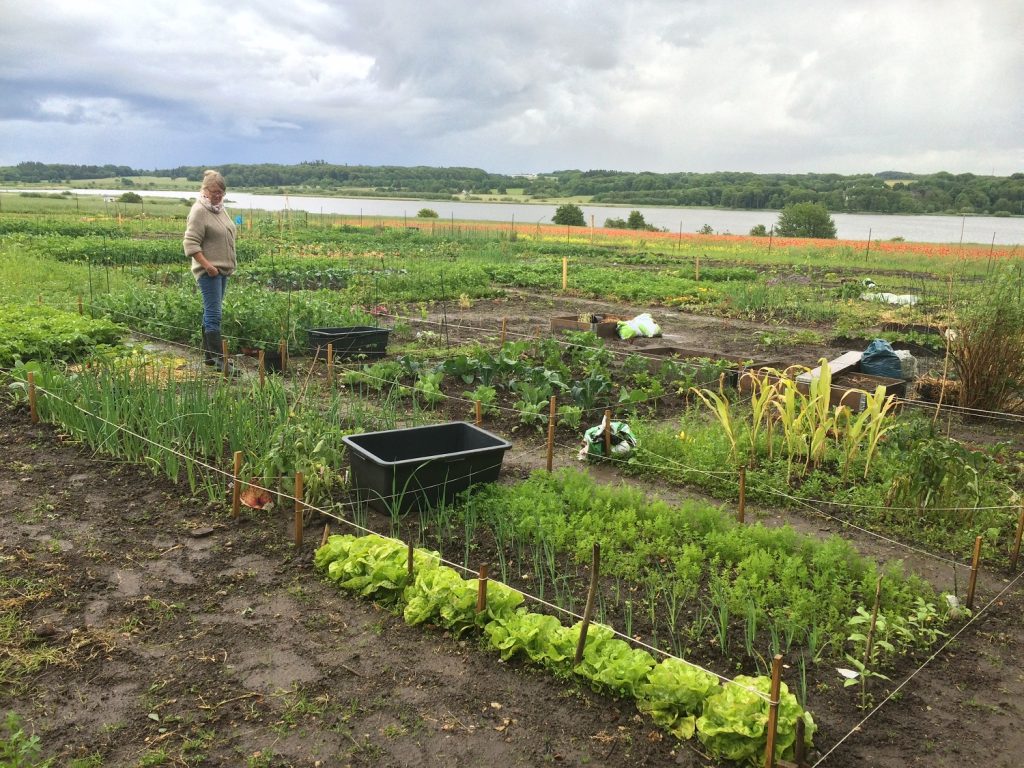