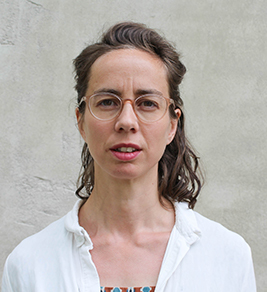 Sandra is no longer employed at Nordregio. For more information please get in touch with us at info(@)nordregio.org

Sandra is a human geographer with a wide interest in sustainable urban development. She has a special interest in how policy on green transition and integration impact our chances to create equal opportunities in cities. A cross-cutting perspective recurrent in Sandras’ work, concern how participatory planning practices impact the life of people and the urban development.

Besides her work at Nordregio, Sandra is the co-chief editor of the popular Swedish planning journal PLAN.

I think the first time I consciously, or theoretically, thought about ‘place’ was as a young teenager at 10 000 meters above the earth’s surface.

I was doing one of multiple travels between Sweden and Portugal. This time leaving Sweden for a long awaited vacation in the country that awaked feelings in me that did not pass me through in Sweden.

Turning over the pages in an airplane magazine, I rested my eyes on a chronicle. The author – I cannot remember the topic of the article and for nothing on earth the author’s name – told me that a place is not a fixed point in physical space, but is something that becomes according to the time that passes by and to the people who happen to inhabit it, at a specific point in time. Watching the surface of earth passing by beneath me, floating somewhere in heaven between the two places on earth that kept building my identity, this seemed nothing less than logic, I guess. So, ‘place’ was not something fixed and always the same, but something that was changeable and filled with meaning by people.

Even though many years passed since then, I still remember how that message of the chronicle appealed to me and I get amazed over the impression it made, keeping it in the back of my bone since. Later, many paths brought me to where I am today in terms of what I am dedicating my working life to. I study social aspects of the becoming of places; and what have always had a prominent role in my areas of interest, is the changeability of both places and identity due to migration.