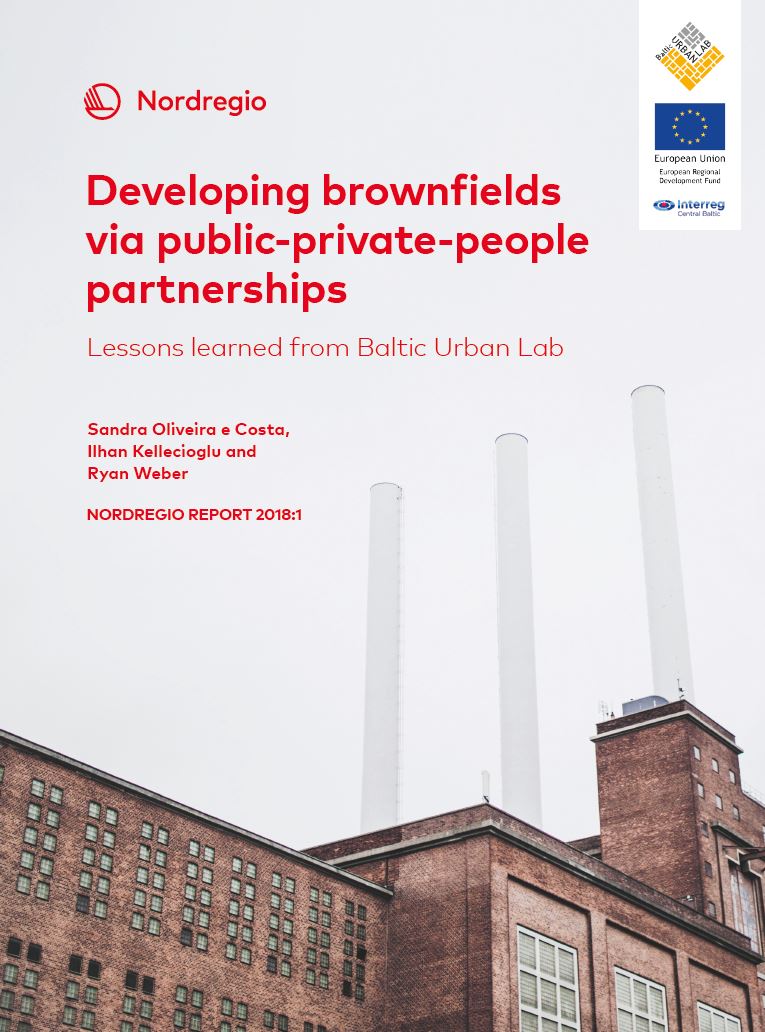 Regeneration of brownfield sites into attractive urban areas is often considered both an opportunity and a challenge by cities: providing chances for resource-effective use of hard-made surface, while being challenging in terms of costs, technical issues, fragmented landownership and contamination issues.

The Baltic Urban Lab project has developed and tested new ways of planning brownfield areas in the Central Baltic region, focusing on the potential of integrated planning and improved partnerships between public and private actors and citizens, also known as Public-Private-People partnerships or 4P.

Between the project kick-off in January 2016 and September 2018, the four partner cities – Norrköping, Tallinn, Riga and Turku – have identified, developed and tested new planning methods based on 4P approaches. This paper summarizes learnings with focus on stakeholder involvement organized by the partner cities. This corresponds to Baltic Urban Lab’s objective of improving urban planning in the Baltic Sea region by increasing the capacity of local authorities and planners.