This map on air pollution shows air quality in the major cities in the Baltic Sea Region. Air pollution in this case is measured as PM10. “PM” stands for Particulate matters, which are microscopic solid or liquid matter suspended in the atmosphere, and “10” refers to that the particulate matters has a size of less than 10 micrometres. Such particulates are caused by natural occurrences but also through human activity, like burning fossil fuels in vehicles, or industrial processes. In this map, the average number of days when particular matter (PM10) exceeds a threshold of 50 micrograms (μg) per cubic metre (m3) is shown.

The average number of days exceeding the threshold of PM10 concentrations of 50 μg/ m3 in the year 2013 in Baltic Sea Region (BSR) cities is 16 days per year; only Polish cities and the city of Panevezys (Lithuania) lie above. The City of Kraków had by far highest PM10 pollution in the BSR in 2013, with 121 days exceeding the norm in 2013. Few, old-industrialised cities, most of them located in Poland, still face severe problems with PM10. In some cases the situation has even deteriorated in recent years (Lódz, Szczecin, Warsaw). For some cities a negative trend towards increased PM10 concentration can be observed. 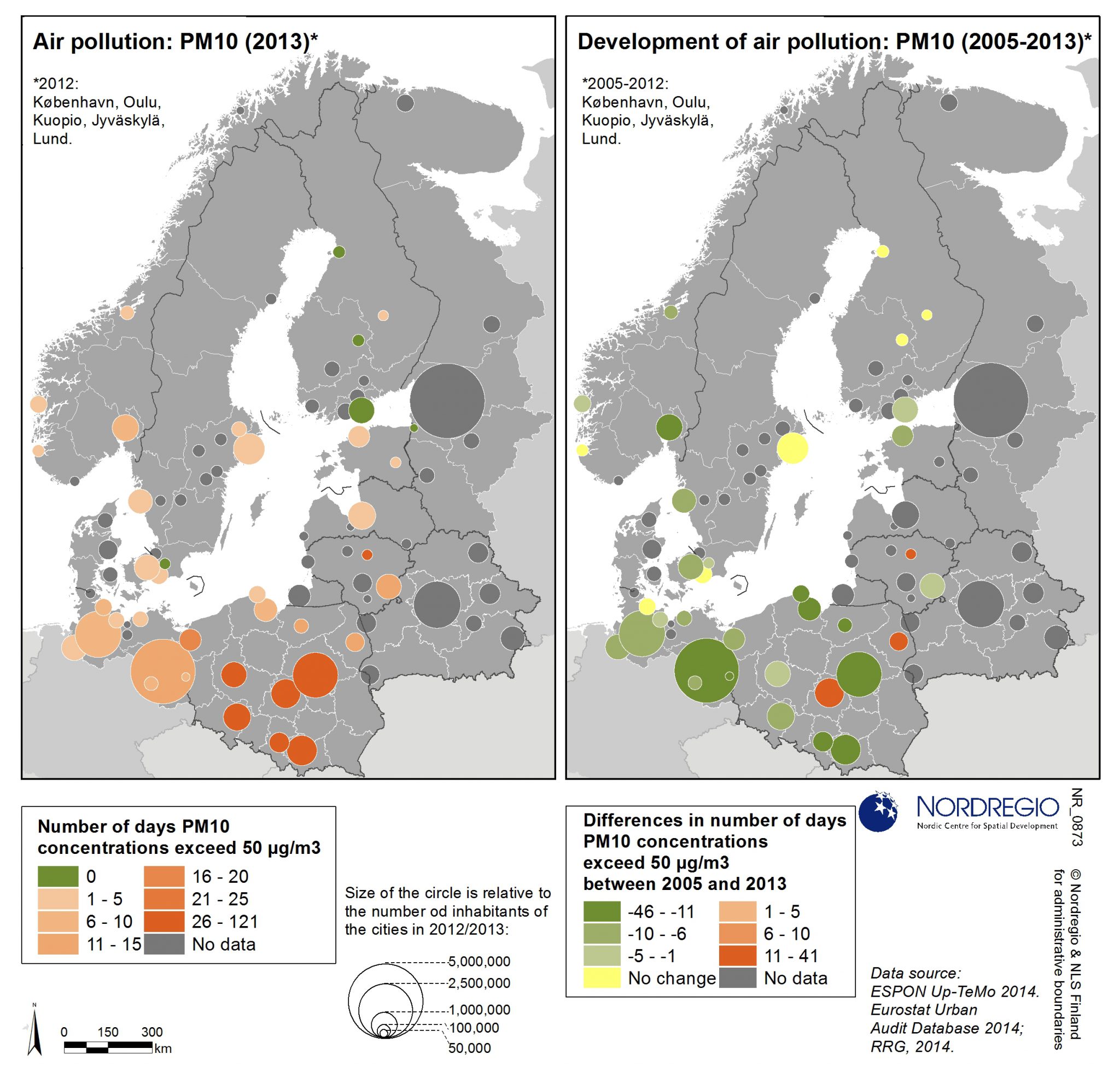