The Nordic countries are five countries located in Northern Europe: Denmark, Finland, Iceland, Norway, and Sweden. With the exception of Iceland, these countries proper are part of the European mainland. However, connected to Denmark, Finland, and Norway are regions which are autonomous, self-governing/unincorporated regions, or dependencies, and in some cases these are located far from the European mainland.

The Faroe Islands and Greenland are two regions within the Kingdom of Denmark with far-reaching self-governance. They are also separate members of the Nordic Council of Ministers, which is also the case with the Åland Islands, which are part of Finland but have extensive autonomy. Furthermore, there are three territories which are part of Norway but unincorporated; i.e. they are not part of Norway’s regional or local administrative system: Svalbard, Bjørnøya, and Jan Mayen. Likewise, there is one small island area northeast of Bornholm in the Baltic Sea, Christiansø, which is part of Denmark but not incorporated in the country’s regional or local administrative system. Similarly, within Greenland, the vast Northeast Greenland National Park is not included in Greenland’s local municipal system.

Additionally, Norway has three so-called dependencies (Norwegian biland) which are located in the Southern hemisphere. These are the islands Bouvetøya in the South Atlantic Ocean and Peter I Island, located close to continental Antarctica, as well as the claimed territory Queen Maud Land on the Antarctic mainland, spanning between 20° west and 45° east.

These geographic entities with varying levels of autonomy are politically connected to the Nordic countries, but they are spread across Northern Europe, North America (Greenland), and parts of the Southern hemisphere. 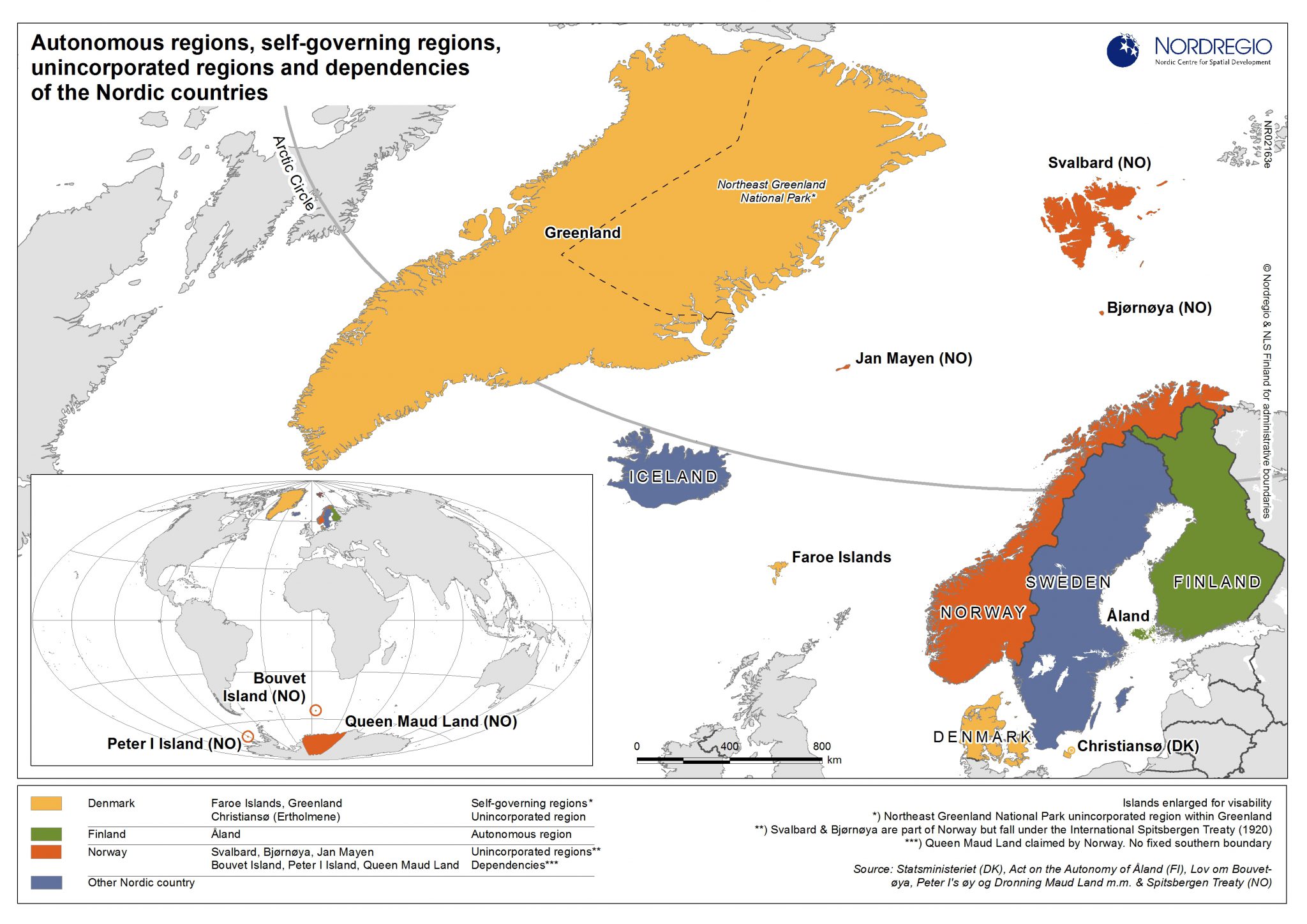