Home > Maps > Cause of death by suicide in the Arctic

Cause of death by suicide in the Arctic

The map shows the mortality due to suicide in the Arctic regions between 2012 and 2016.

Mental health disorders can lead to long-term disability, and the most dramatic manifestation of mental illness is suicide. Greenland had the highest suicide rate in the Arctic (78,6%), and Nunavut in Canada and Chukotka in Russia had relatively high suicide rate over 50% during 2012-2016. The Faroe Islands had the lowest suicide rate with 3,7%. 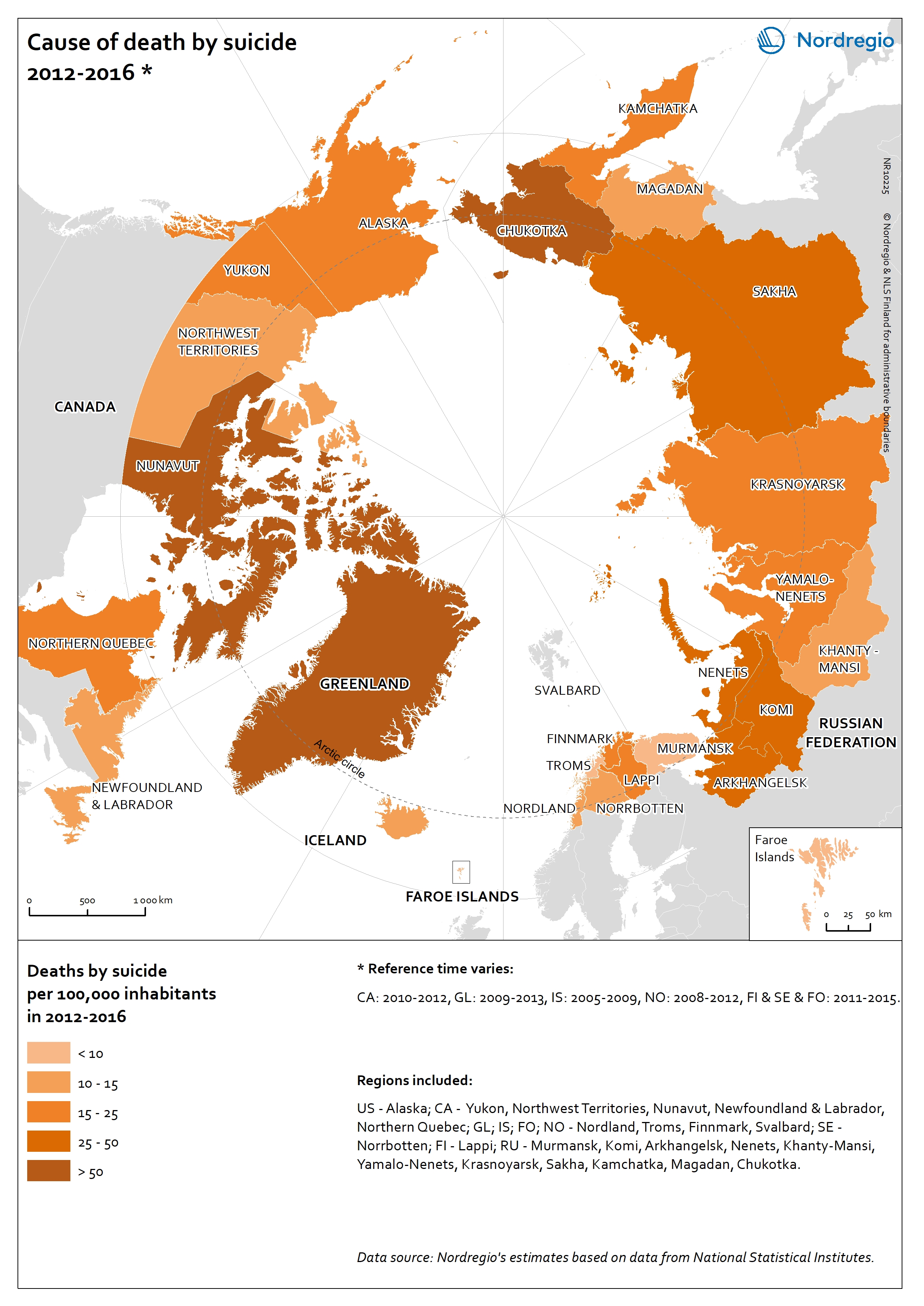