Overall, the highest penetration rates are in Iceland, Norway, Finland, Germany and Sweden. In many countries, capital regions and large agglomerations enjoy the highest broadband access (>80 percent), opposed to rural and peripheral regions where just 60 percent of households enjoy access to high-speed internet.

Internal differences are smallest in Poland, Iceland and Finland, but with a rather low average for Poland of only 71 percent. 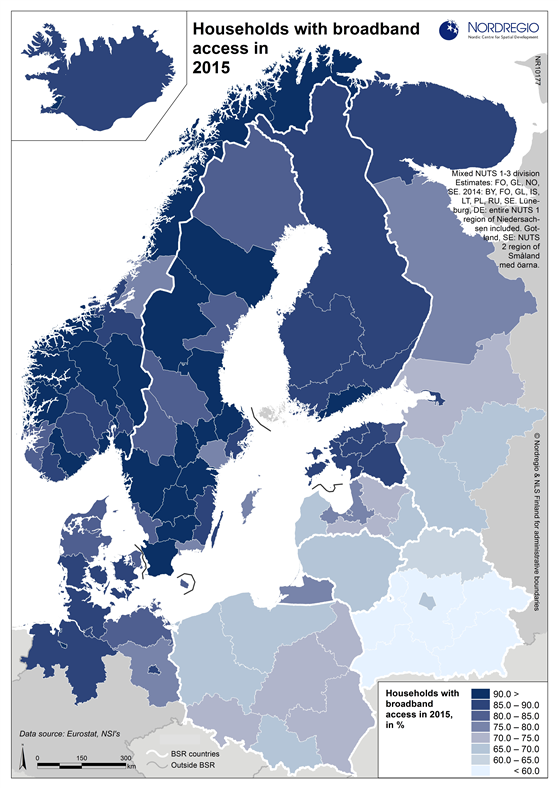