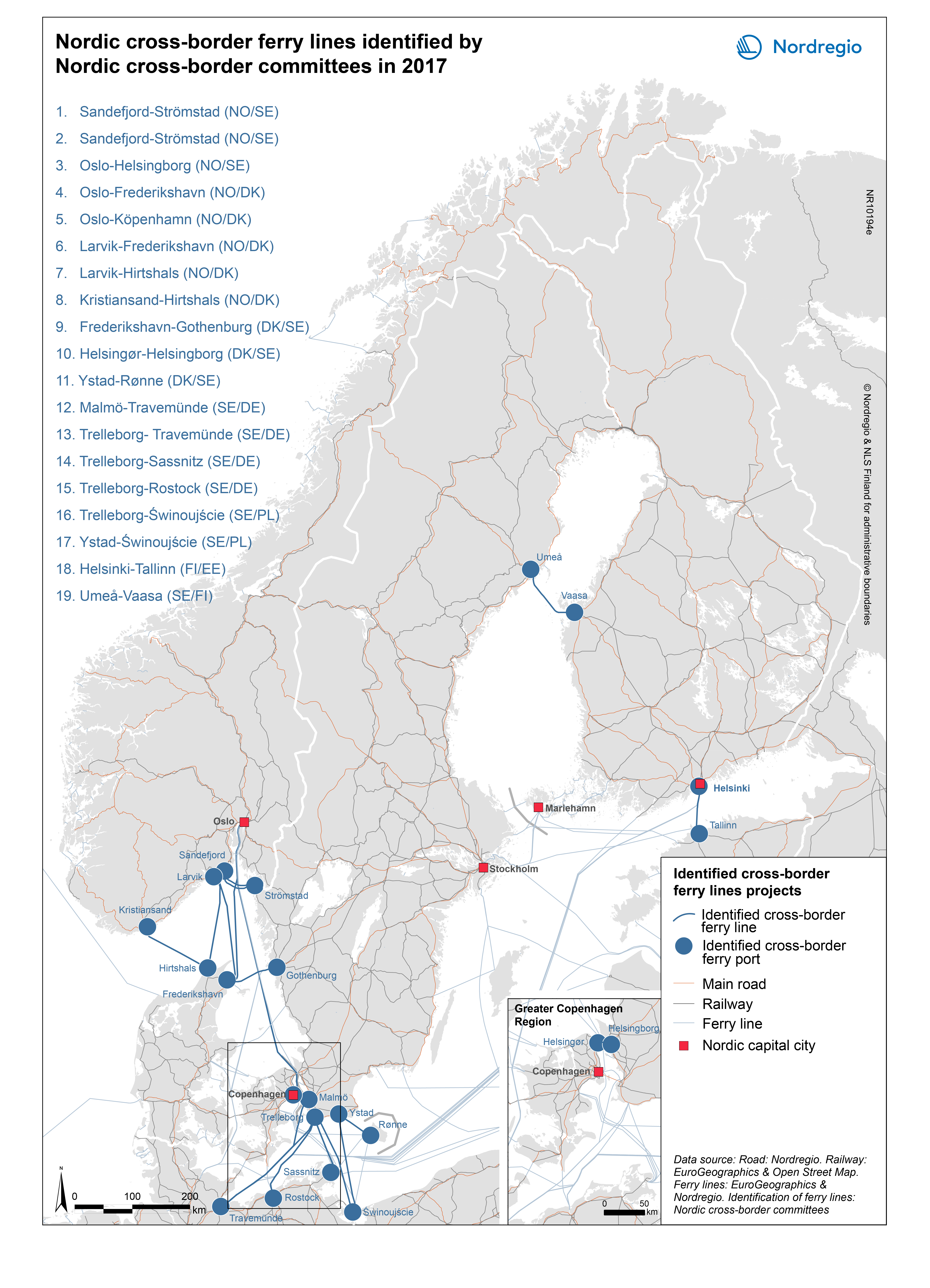 These cross-border ferry lines are meant to show the importance of further development of movements and infrastructure plans across Nordic national borders, in opposition to infrastructure projects which are drawn up primarily within a national context, without a specific focus on cross-border linkages.

The map shows that the Nordic cross-border committees have identified a number of ferry lines which are considered important for the development of cross-border transport in the Nordic region.