The map shows the demographic vulnerability index in Nordic municipalities in 2019. 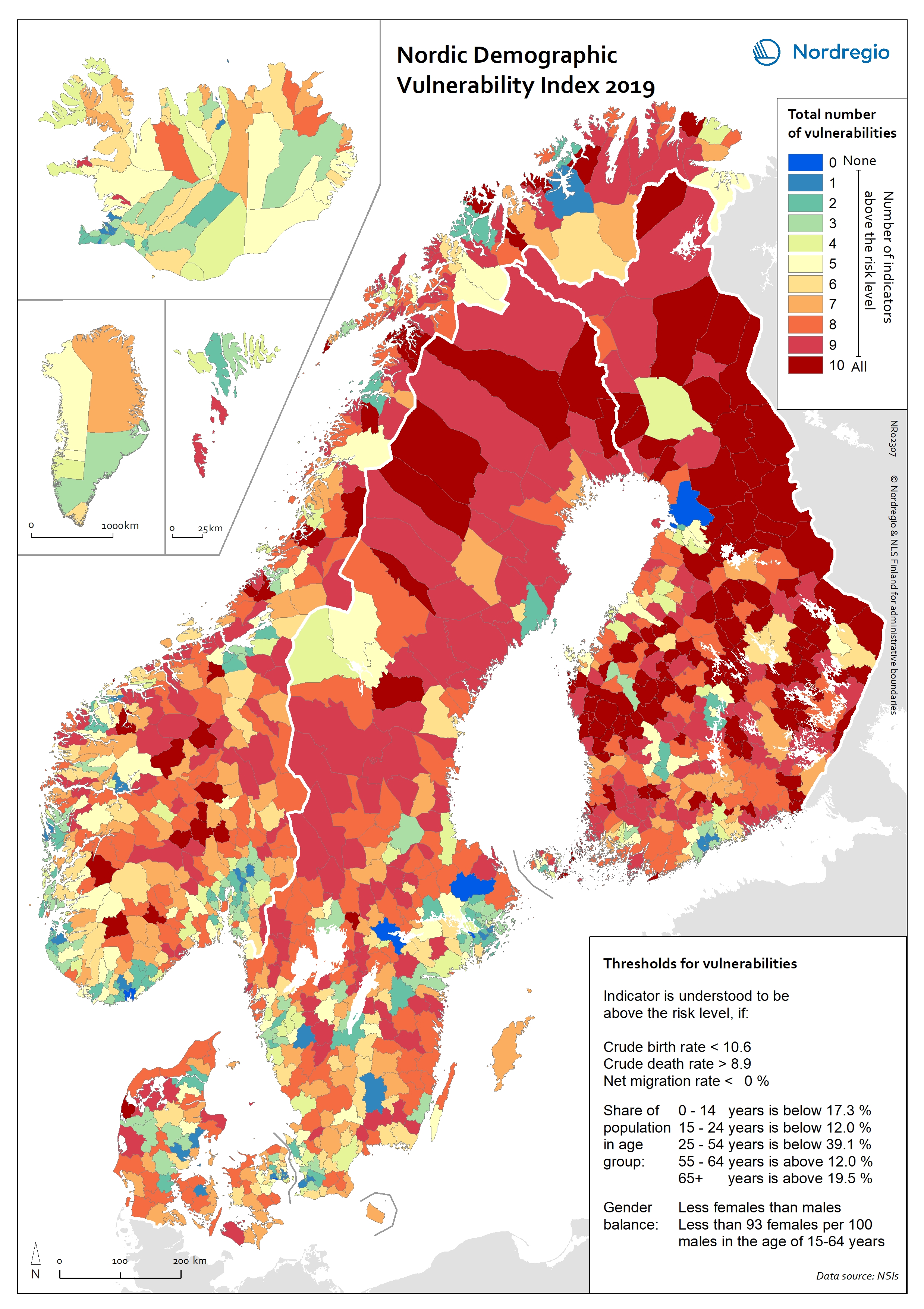