Population aged 65-79 years as a share of total population, in % 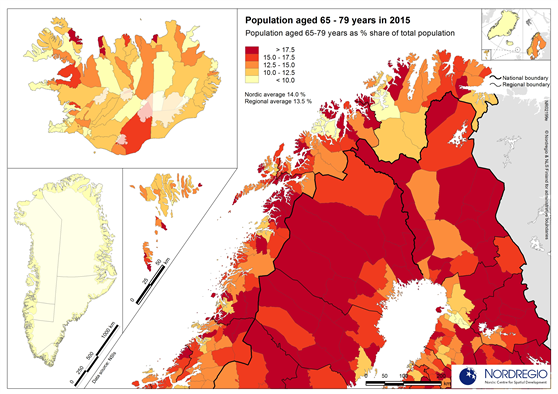