The share of elderly population in the Nordic Arctic is on the same level as in the Nordic Countries as whole. Urban areas are generally characterised by a relatively low percentage of persons in these age groups, while rural areas are generally characterised by the relatively high proportion of old age persons. In Iceland, Faroe Islands and especially in Greenland the share of population aged 80+ years is low.

Population aged 80 years and more as a share of total population, in % 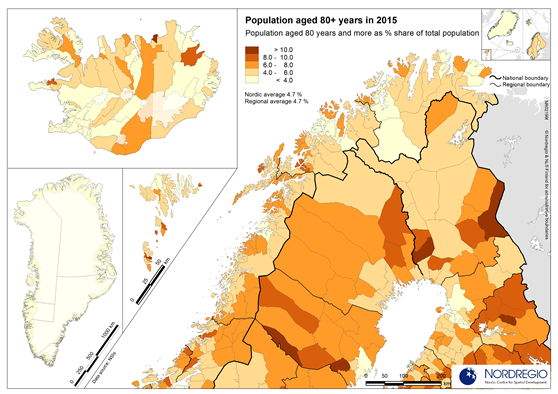