In territorial terms the current living area of the Sámi people, which now encompasses only a part of their traditional living area, has been given a legal basis. In Finland and Norway these Sámi administrative living areas are specifically defined.

The Sámi Homeland is located in the northernmost part of Lappi administrative region in Finland, and includes the municipalities of Enontekiö, Inari and Utsjoki and the Lappi reindeer herding unit in Sodankylä municipality. The area is defined in, and protected by, the Finnish constitution (17 § and 121 §) to be autonomous on issues relating to the Sámi culture and language‘The application area of the Sámi Parliament subsidy schemes for business development’ (STN) is based on the central Sámi settlement areas and accounts for around 50% of the area in Norway north of Saltfjellet. The area was created by the Norwegian Parliament in 1975. As of 2013, the STN-area was comprised of 21 entire municipalities and 10 municipal sub-areas. and iIt accounts for around 50 per cent of the area in Norway north of Saltfjellet.

In Sweden the Sámi language has an official status in a number of municipalities.The Sámi people today do not however only live in the traditional areas. Based on various sources (such as voting lists for the Sámi Parliaments, language education and the location of Sámi institutions) a number of cities outside the traditional living area can be highlighted as new ‘Sámi hubs’. These larger cities, together with the municipalities defined as ‘Sámi municipalities’ in national law are shown on map. 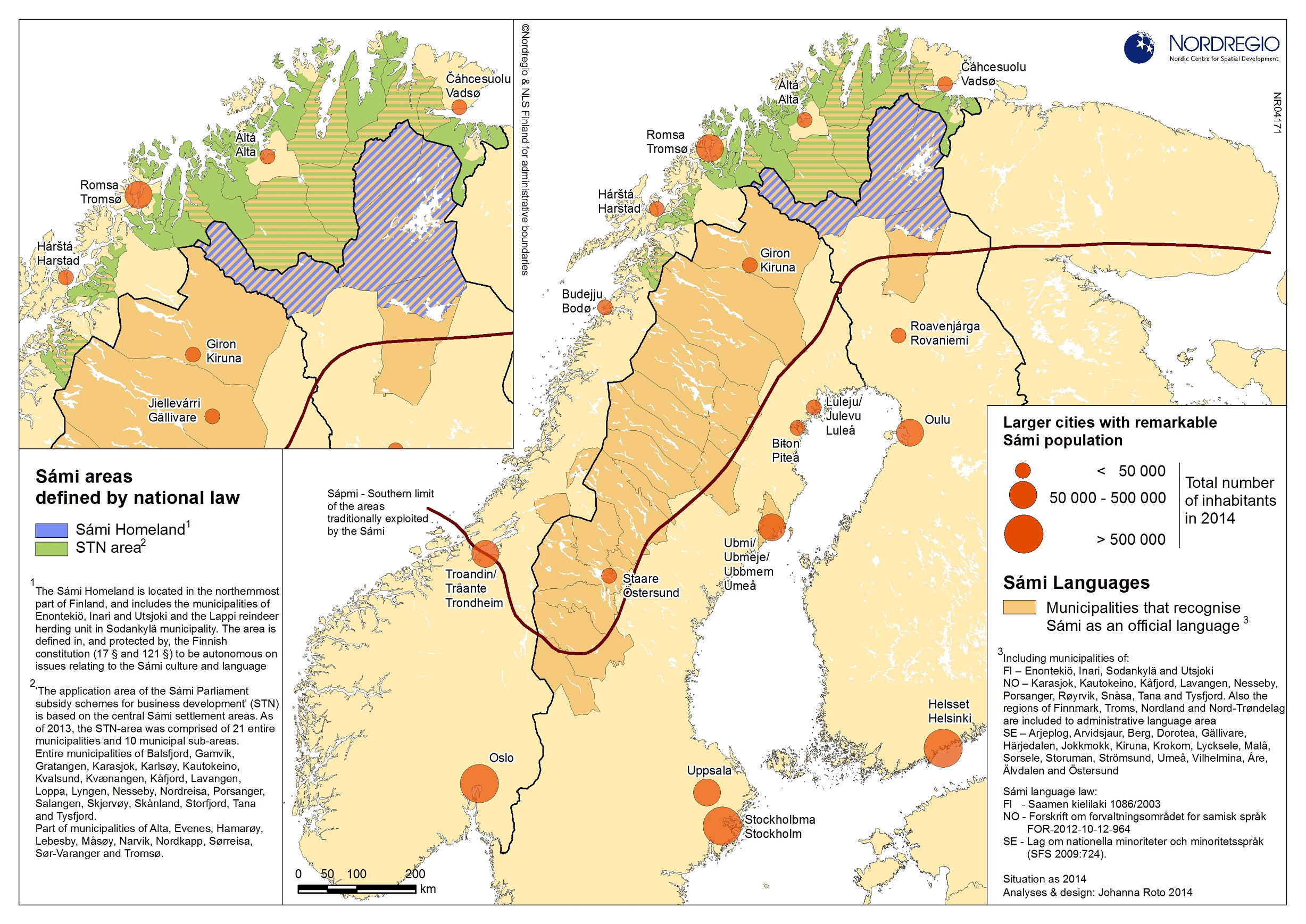