The total number of Sámi people can only be estimated as none of the Nordic Countries publish statistics in relation to ethnicity. Other potential sources relating for instance to language or to the voting lists for Sámi parliaments are not comprehensive. Generally it is estimated that there are some 40 000 Sámi in Norway, 15 000 – 25 000 in Sweden, 10 000 in Finland and 2 000 in Russia. The total Sámi population is estimated to be between 65 000 and 100 000 persons. There are ten Sámi languages. Map shows the traditional catchment areas of the various Sámi languages. The current language situation, defined by national law, is also included. Estimates of the number of Sámi people by language are further divided by language skills. 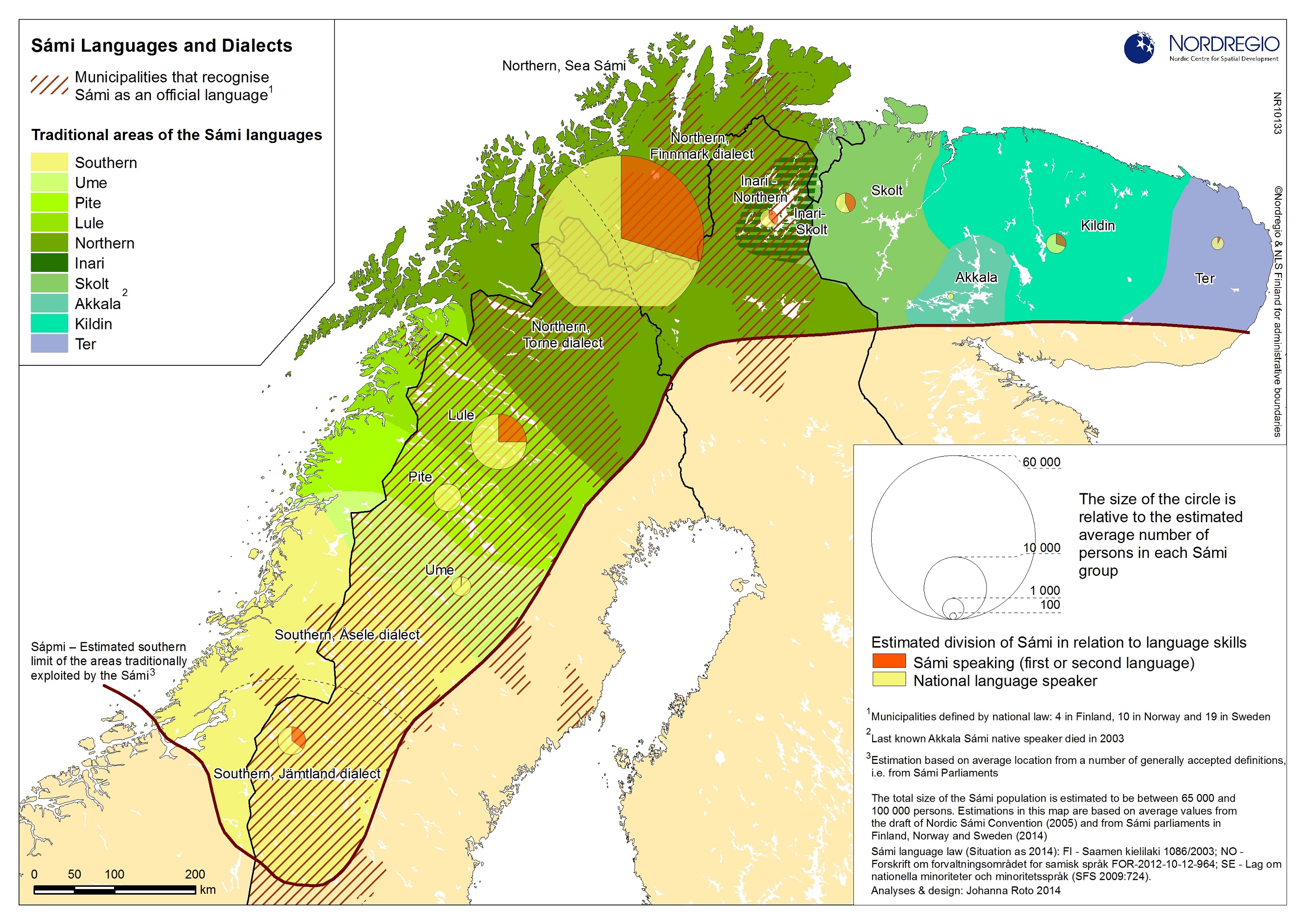