Settlements by size in the Arctic

The map shows the type of settlements by population size in the Arctic in 2017. 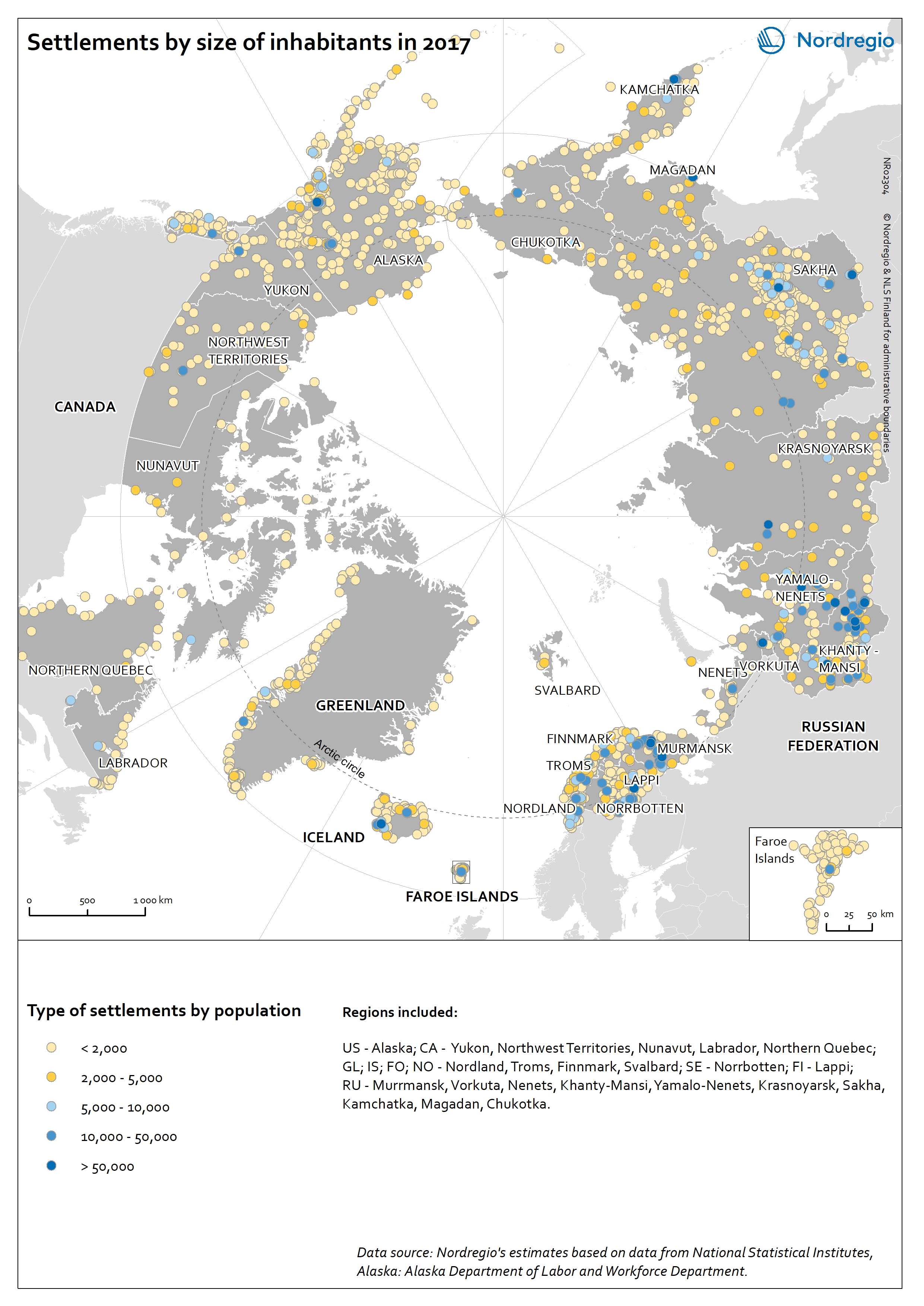