Population living on permafrost in the Arctic in 2017

This map shows the share of the population living in settlements located on permafrost at the regional level in 2017. 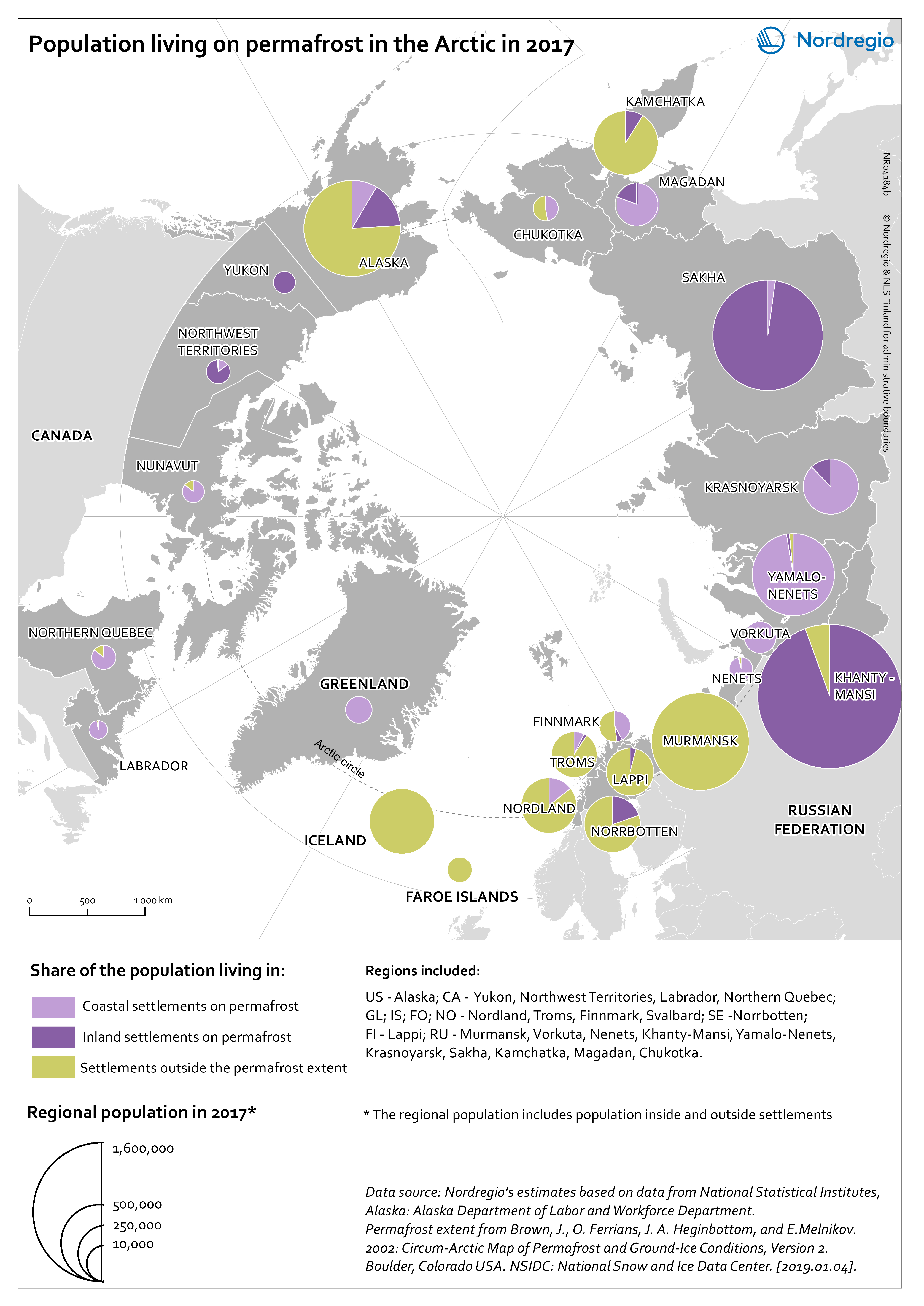