Settlements on permafrost in the Arctic

The map shows the distribution of coastal and inland settlements on permafrost in the Arctic in 2017. Permafrost is ground that is at or below 0°C for at least 2 consecutive years. 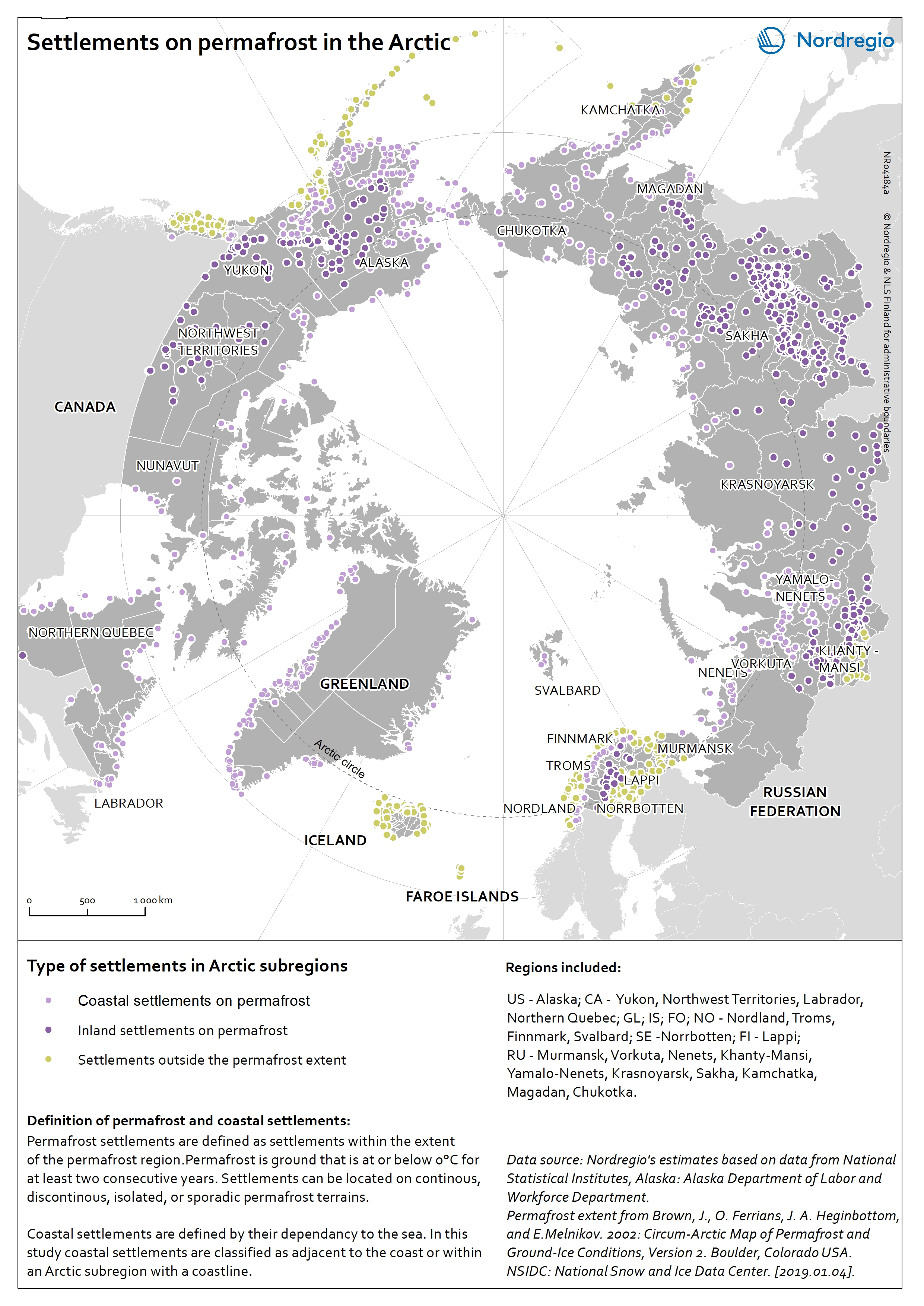 Most of the settlements located outside the permafrost extent area are in the Nordic countries (Iceland, Norway, the Faroe Islands, Sweden, and Finland) as well as in the southern part of Alaska (USA) and the western part of the Russian Arctic. Almost all Arctic settlements in the Russian Federation and in Canada are located on permafrost. The increase in air surface temperature observed in the Arctic causes dramatic changes in the permafrost thermal regime leading to the destabilisation of infrastructure built on permafrost.