This map show s the percentage change in the share of working-age persons (25-64 years old) with tertiary level education in the Baltic Sea Region between 2010 and 2015.

The Nordic countries, as well as Estonia and Lithuania, have had among the highest levels of tertiary education in Europe in recent years. This map demonstrates that many regions, particularly those in Poland, are catching up. Several Lithuanian and Latvian regions have also had high rates of positive change between 2010 and 2015. The most modest growth rates, between 0 and 1.5 percent change, were experienced in two Estonian regions, one in Denmark and one in Northern Germany. Mecklenburg-Vorpommern and Brandenburg, in North-Eastern Germany, were the only regions within the Baltic Sea Region to experience a decrease in the share of working-age persons with tertiary level education from 2010-2015. 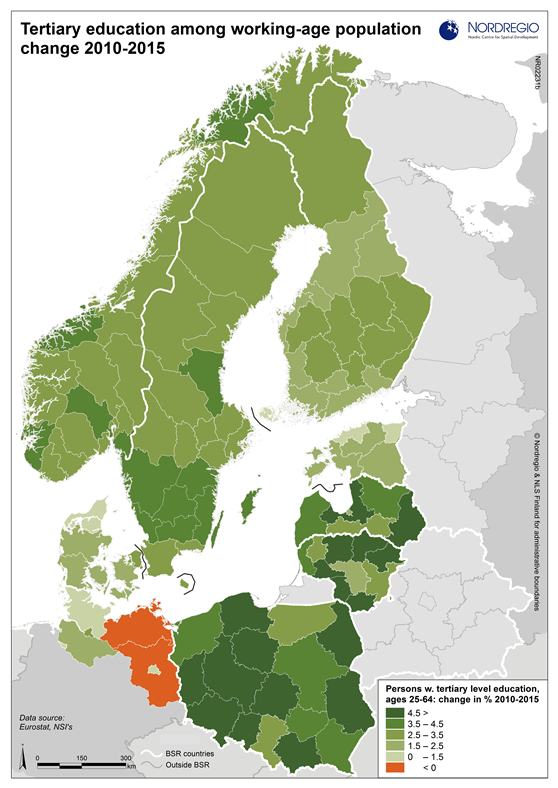