No region within the Nordic countries has a higher share of highly educated males than females in the age range 30-34. At the municipal level, in the Nordic region, a handful of municipalities still have a higher share of men than women with tertiary level education in age range 30-34, i.e. Gentofte, Lyngby-Taarbæk, Frederiksberg, and Fanø in Denmark, Luhanka, Oripää, and Lumijoki in Finland, and Åland’s Lumparland. The Nordic municipalities which have the largest differences between highly educated females and males (dark brown hues in the map) are generally found in rural areas. In many metropolitan areas, although the share of highly educated women is still higher than men, the differences between men and women’s education levels are less pronounced, while men in urban areas, as well as females in both rural and urban areas, tend to opt for higher education. 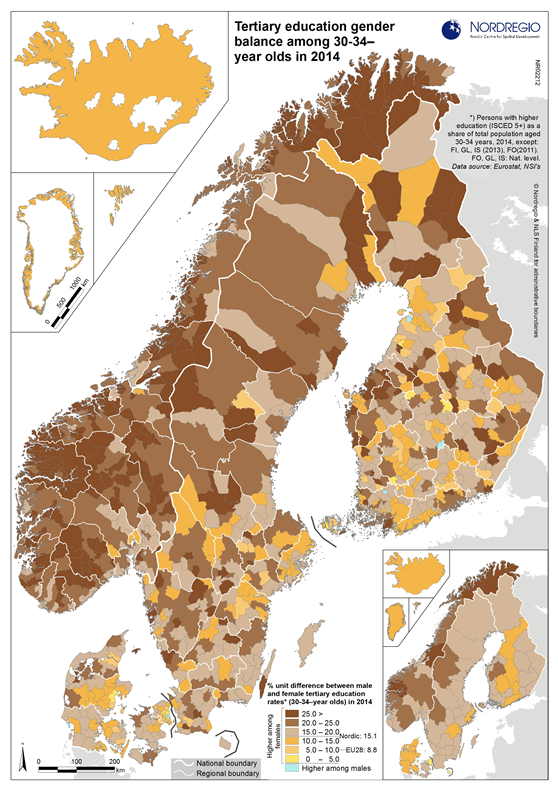