Travel time by train from Copenhagen or Malmö

The travel times indicate the fastest morning connection outbound from Copenhagen Central Station or Malmö Central Station, departing after 6:30AMand arriving before 9:00AM. The station catchments are calculated by bicycle travel time for any time remaining beyond train travel. For instance, a 35-minute train ride and a 10-minute cycle ride results in a 45-minute total travel time. The shades of green indicate the travel time to other train stations and their surrounding areas in four main classes: up to 15 minutes, 16 to 30 minutes, 31 to 45 minutes and 46 to 60 minutes. The areas not highlighted in green on the map are further than one hour by train from either Copenhagen or Malmö main train stations. 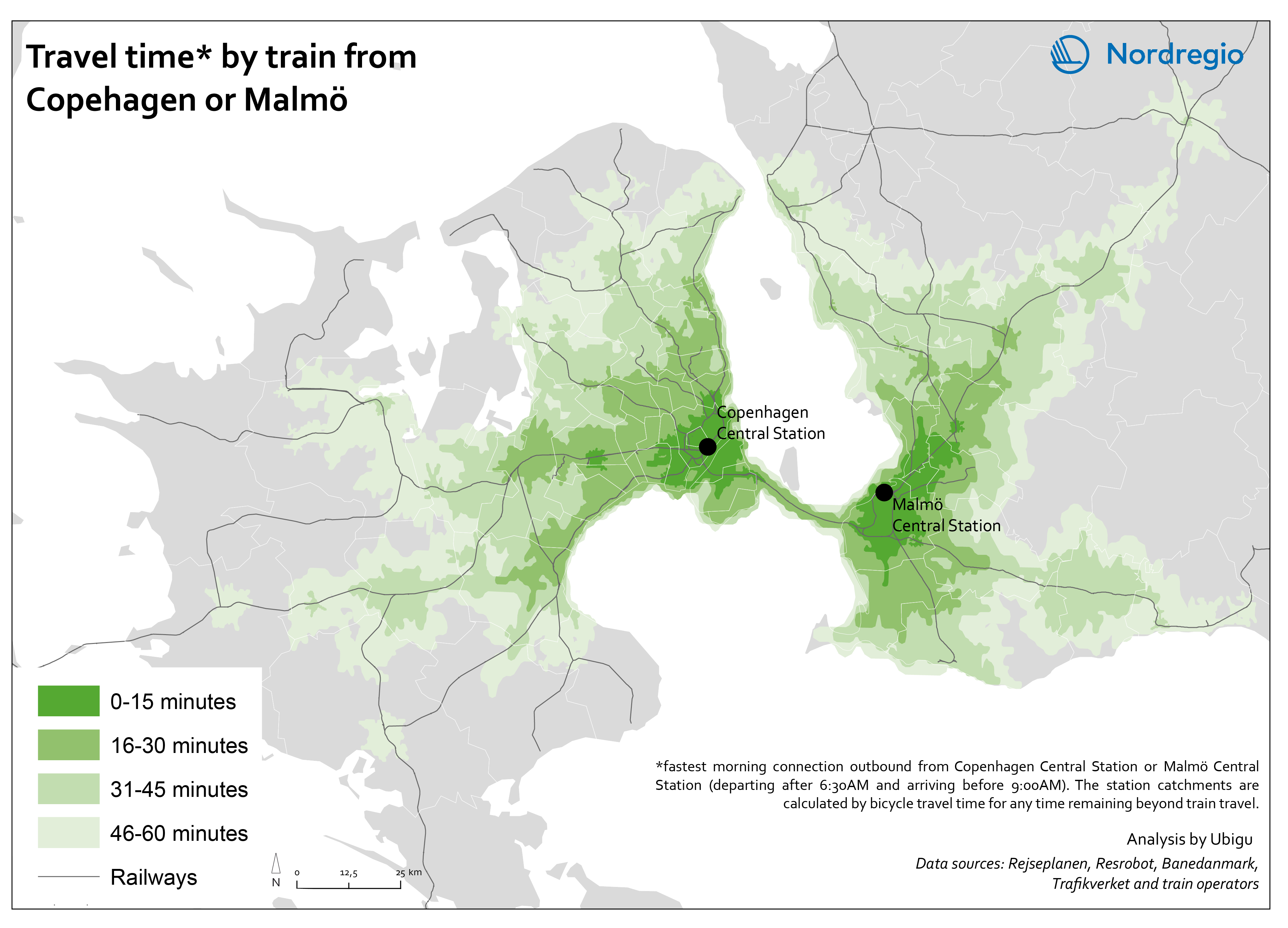 The map clearly shows that the vast majority of areas within the Capital Region of Denmark, a number of stations and areas which are part of the region of Zealand, for instance Slagelse and Næstved, as well as areas located along four main train corridors in Skåne (Malmö-Helsingborg, Malmö-Hässleholm, Malmö-Trelleborg and Malmö-Ystad) are within the one-hour travel time by train from/to Copenhagen and/or Malmö, thanks to the different train types (Öresund trains, regional trains and intercity trains). Areas of the GCR which are beyond the one-hour travel condition are the most northern part of the Capital Region of Denmark, the southern and western parts of Zealand (e.g. Kalundborg and Vordingborg) as well as most of the eastern half part of Skåne. In terms of population, the current situation provides this possibility to almost 3 million out of 4.3 million inhabitants, corresponding to 69% of the total population living in the Greater Copenhagen Region in 2020. The proportion of the total population increases to 75% when the region of Halland is excluded (as this was not initially part of the GCR when the Traffic Charter was released).