This map shows the percentage of unemployed persons as a share of the active population in Europe at the NUTS 3 and NUTS 2 levels in 2015.

The map highlights a clear spatial pattern with respect to unemployment rates, with the highest rates in southern European countries – Portugal, Spain, Southern Italy, Croatia, Macedonia, and Greece – and the lowest rates in Northern and Central European countries. In the Nordic context, Finland and Greenland stand out as having the highest unemployment rates and Norway, Iceland, the Faroe Islands, Åland and Denmark the lowest.

The comparatively high rates of unemployment in Southern Europe can largely be explained by the ongoing impact of the 2007-2008 financial crises in the region. 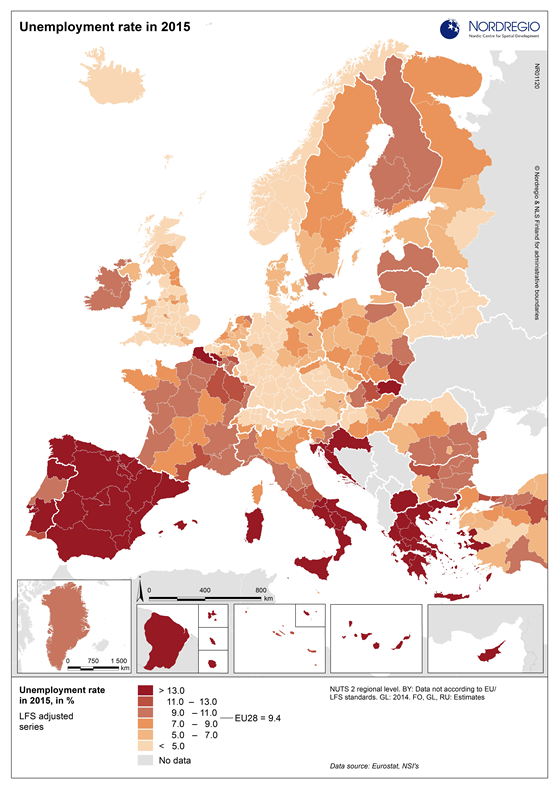