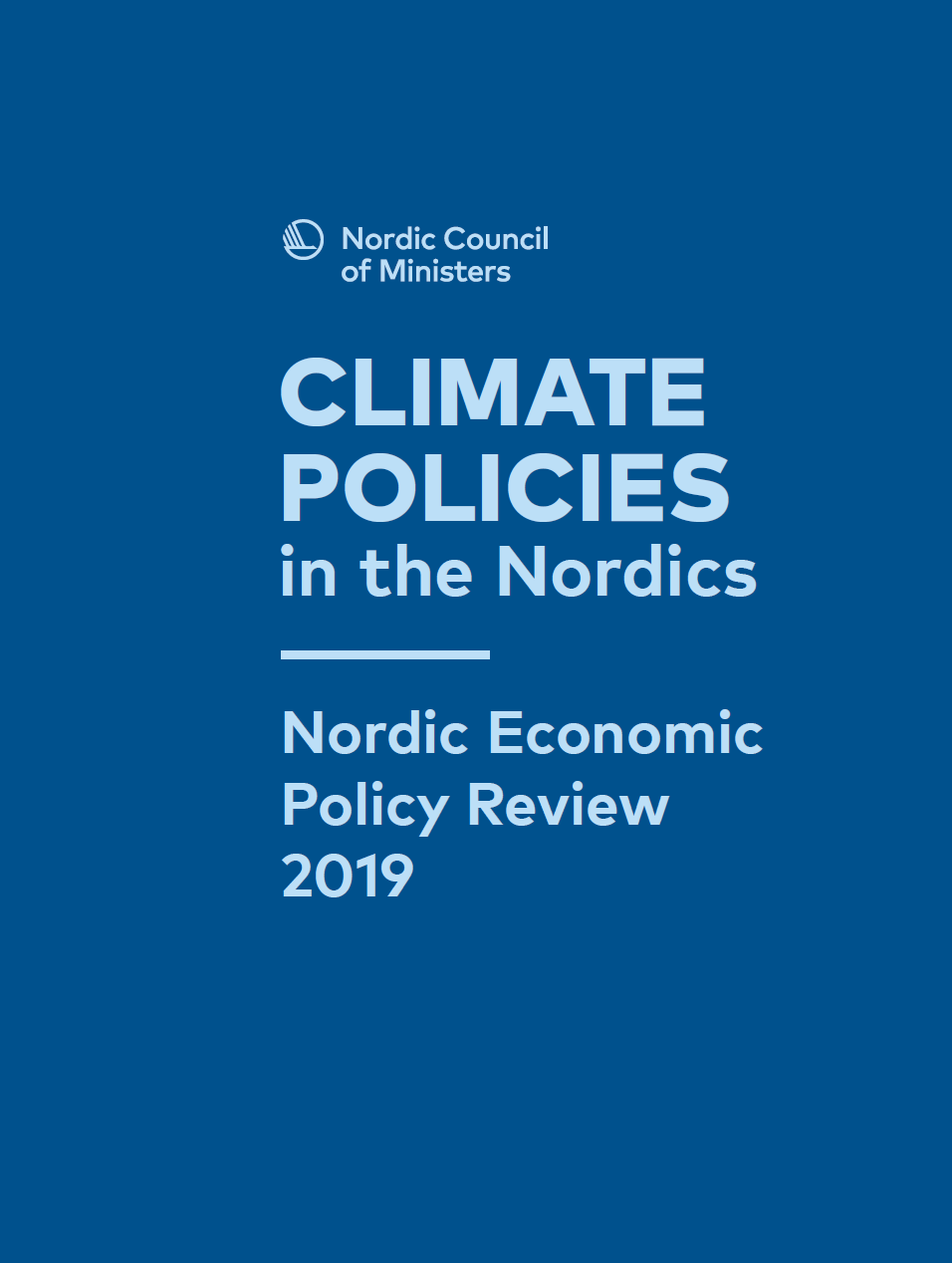 The articles in the 2019 Nordic Economic Policy Review analyse how the Nordic countries best can contribute to international climate policy. The articles cover topics such as: How can the Nordics help raise the ambitions in the Paris Agreement? What is the effect of national policy on emissions regulated by the EU Emissions Trading System? Would it be cost-effective for the Nordic countries to pay for emission reductions elsewhere to a larger extent? What role should be played by subsidies to green technology? Should Norway put more emphasis on supply-side policies, that is, on limiting future extraction of oil and gas?

Climate change has become a key concern for policy makers, business leaders and individuals all over the world. There exists a broad scientific consensus that the emissions of greenhouse gases, mainly carbon dioxide (CO2), are responsible for global warming that, if not halted, could have unacceptable consequences, including catastrophic ones, in at least parts of the world.

The main argument used by economists to motivate policy intervention against climate change is that emissions of greenhouse gases that drive global warming are an externality. The benefits of using fossil fuel accrue to the user, whereas the largely negative side effects are born by individuals spread over the globe and over very long time horizons. Since the externality extends across borders, a global collective-action problem arises with incentives for individual countries to free-ride on the climate policies by others.

The volume contains five papers with associated comments which were originally presented at a conference in Stockholm on 24 October 2018.